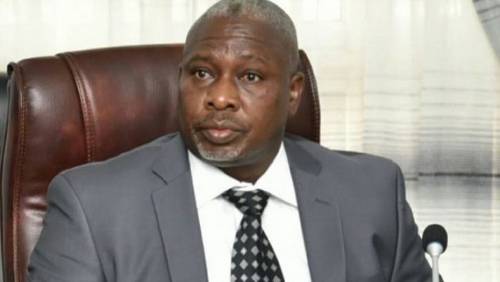 Deputy Governor of Kogi State, Simon Achuba, has been impeached by the state’s House of Assembly.


The incident, which took place on Friday, followed the submission of the report of the committee set up by the state Chief Judge, Justice Nadir Ajana, to investigate an allegation of gross misconduct against Achuba.
Leader of the House, Hassan Bello Abdulahi, who announced the decision of the Assembly, said Achuba stands impeached after careful consideration of the report.
The committee was set up in August following allegations of gross misconduct against Achuba after he accused  Governor Yahaya Bello of withholding his salaries and imprest since 2017 — an allegation denied by the government during hearing by the committee.
Politics