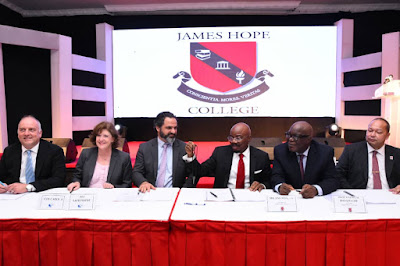 The James Hope College (JHC) has announced the acquisition of the American International School Lagos (AISL) Lekki Campus facility to establish James Hope College in Lagos. This was disclosed at the signing ceremony held yesterday at the Civic Centre, Victoria Island, Lagos.


The event had the Governor of Lagos State, His Excellency, Babajide Sanwo-Olu, the United States Ambassador ably represented by Carol Cox, the Chairman of AISL Board, Ali Safieddine and other prominent persons in attendance. 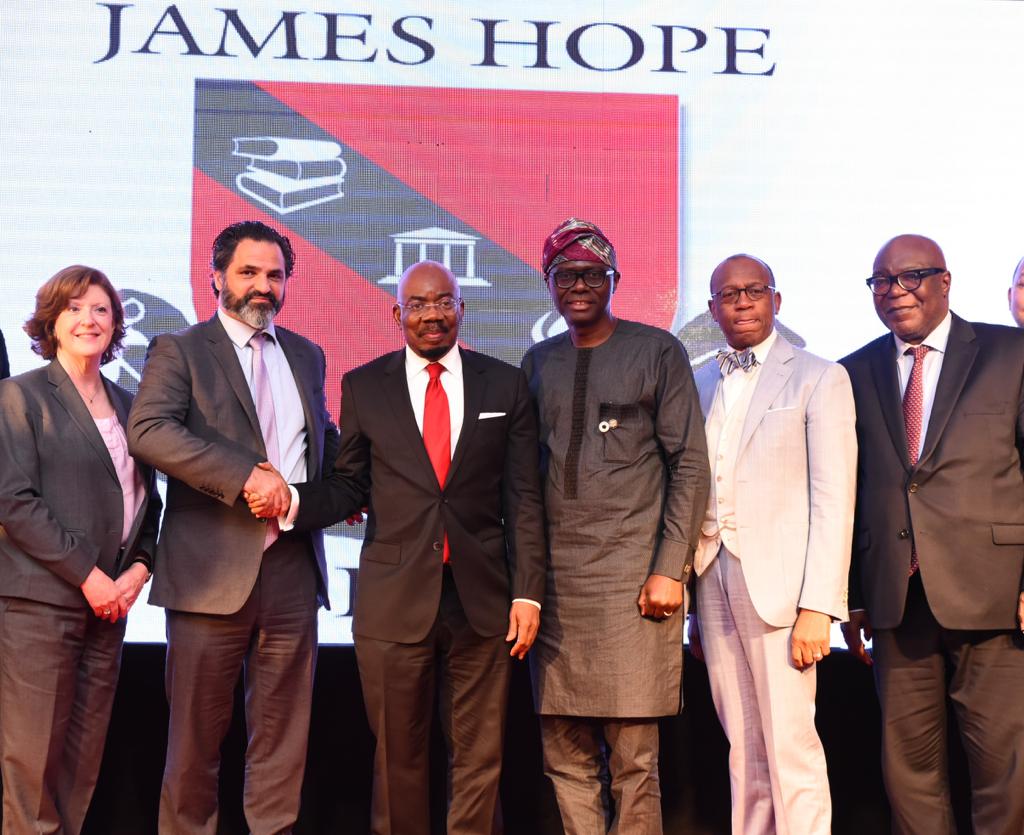 While giving his speech at the event, the Founder/Chairman of James Hope College, Jim Ovia stated that the College would continue to offer full scholarship based on merit, to 40% of all the students that would be admitted into the school.
James Hope College, a co-educational initiative of the Jim Ovia Foundation, offers a combination of British and Nigerian curricula. James Hope College is a Cambridge Associate School, a member of the Council of British International Schools (COBIS) and Association of British Schools Overseas (AoBSO).
JHC is in partnership with Microsoft Imagine Academy and GL Education. JHC is accredited by Cambridge Assessment International Education (CAIE), Pearson Edexcel Examinations, and British Schools Overseas (BSO).
With the acquisition of this property, James Hope College is set to replicate in Lagos the outstanding academic performance it is known for. More importantly, the offer of a full scholarship to 40% of the students on merit ensures that the school’s equal opportunity model of academic excellence is extended to all students regardless of their state of origin.
James Hope College, Lagos will open its doors to students in September 2020.