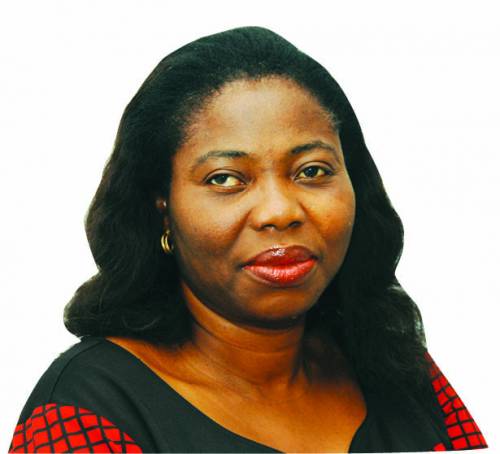 Give it to him, the Emir of Kano, Sanusi Lamido Sanusi, knows how to hit the nail on the head when it comes to speaking truth to power. His practical and logical perspectives on national issues can hardly be faulted
. An example of this is his contribution at a recent stakeholders’ meeting on how to reduce the number of out-of-school children in the Northern part of the country. He chided state governments for sending people on holy pilgrimages. He went as far as telling the governors that it was a sin for any of them to send anyone on pilgrimage using states’ resources. This is a bitter truth that many Nigerians may not want to hear simply because we live in an overtly religious and hypocritical society where any logical reasoning on religious issues is more often than not considered a sacrilege.

The emir equally queried the rationale behind the Federal Government’s continuous subsidy of petrol to the tune of trillions of naira every year while it spends only billions of naira to fund its entire education sector. Sincerely, many things are strange about the attitude of a typical Nigerian leader. One of such strange things is the temerity of state governments that willingly spend millions of naira to sponsor people on holy pilgrimage, cutting down their subventions to state-owned universities on the ground that there was no money to fund them.
To start with, many of these states have no business running universities. Many of them are failures at running ordinary secondary schools. There are others that can’t even afford to fund a university, who have gone ahead to establish two or more. They have turned universities to constituency projects. A lot of these universities are not even viable. The other time, the Federal Government established nine universities across some geo-political zones. The consideration for creating them was purely political. At the end of the day, many of them were grossly undersubscribed.
To show that some of our universities are either surplus to requirement or probably sited in wrong places, the Joint Admissions and Matriculation Board a few days ago said that about 500,000 spaces in the existing higher institutions in the country were not utilised in 2018. According to Dr. Fabian Benjamin, JAMB’s spokesperson, only half of the candidates offered admission into tertiary institutions last year took up the offer.
Statistics by the board indicate that out of a total of 1,126,025 quota for universities, polytechnics, colleges of education and Innovation Enterprise Institutes, a total of 585,498 were utilised while 527,851 slots were not utilised in the 2018 admission process. Of course, we know that some candidates could have rejected admission offers to other institutions that are not universities, the revelation from JAMB simply confirms a disconnect between what the candidates want and what the government can provide. Government may have to find out the reason why candidates would rather prefer to go to universities than enrol in other tertiary institutions in the country. What is the state of these so-called innovation enterprise institutes?  What future awaits a graduate of a college of education in today’s Nigeria? What is the level of government’s commitment to funding these other higher institutions, including polytechnics?  These are some of the questions requiring sincere answers from government.
Education is both a legacy and serious business. So many countries are making huge profits from higher education these days. It is not for fun that representatives of universities in Canada, Australia and United Kingdom among others come to Nigeria from time to time to sell their institutions. Indeed, education is to Britain and Canada, what petrol is to Nigeria. It is their export product. They make huge profit from it. Anyone that doubt this could find out what  foreign students pay as tuition and compare same with what the home students pay in these countries. The difference is huge. These countries regularly conduct researches on how to get more students from Nigeria, knowing that the higher the figure, the better the financial returns.  Since they are also competing for students, they ensure that they do things that will make them attractive to their targeted audience. That is the kind of healthy competition that should be going on among state universities and the Federal Government owned universities in Nigeria now.
Instead of complaining about paucity of fund, the state governments should look at how universities are funded elsewhere and adapt the methods to suit their purposes. Many universities in the world adopt multi-level funding systems for their higher institutions. They rely on grants, tuition and endowments from companies, philanthropists and organisations.    University education is not cheap. Harvard’s total budget for 2018 was $5bn, Stanford had a $6.5bn enterprise while Cambridge had a £1.965bn budget for 2018. In addition to this huge fund base, many universities in developed countries have a robust and active alumni office, which keeps track of all the alumni and frequently solicits for donations. Some alumni even donate part of the royalty on their inventions to their universities.
The universities also rely onresearch funding from charities, foundations, research councils, trusts, and industry. Harvard, for example, hasa dedicated and permanent source of funding that maintains the teaching and research mission of the university. What do we have in Nigeria? Our corporate organisations prefer to spend millions of naira on mundane things and contribute pittance towards educational development. They would rather sponsor entertainment projects than support research and development. How many companies in Nigeria can point to any notable R&D project they are supporting in the nation’s university or research institute?
About $223m is reportedly spent on research and development in Hawaii every year. Likewise, Microsoft devotes millions of dollars to researches in American universities. How many companies in Nigeria can we really say are spending money on worthwhile academic pursuits?  Even companies that spend money on education in their home countries will come here and focus on entertainment events because they know that is what catches our fancy. Our people love to abandon substance for trivialities.
Be that as it may, running a viable state university is not rocket science. There are practical, modern models for running them. The only thing is that the people that run successful universities elsewhere are sincere and purposeful. They are not politicians that are only interested in scoring cheap political points. They also know what they want – universities and not crisis centres. Any state with similar motives is bound to succeed in this business. Governments at both federal and state levels should cut down on their frivolities and invest more in human capital.
Olabisi Deji-Folutile is a member of the Nigerian Guild of Editors. Email bisideji@yahoo.co.uk.
Edu Opinion