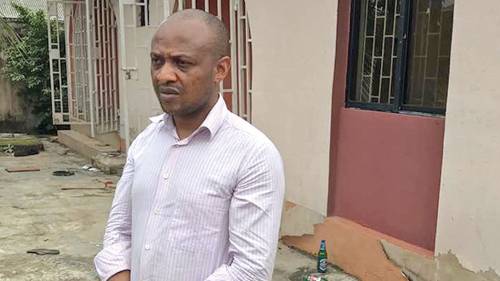 
Delivering a ruling, Justice Adedayo Akintoye held that the test of voluntariness of a statement cannot be determined by a procedural law relied upon by the defendant, but by the provisions of the evidence act which is the instant law that regulates the admissibility of a statement.
She said the defendant admitted during trial-within-trial that while he was making his confessional statement, there were no chains on his legs and no knife was held over his head.
Akintoye said, “Once the basic requirements in obtaining statements from an accused person has been followed and no injustice can be said to have been caused to the defendant, the rules of evidence requires that the statement will be relevant and admissible in law.
“I consider the allegations of duress made by the defendant as an afterthought; however, none of the allegations made by the defendant was proved by him.
“Having considered the evidence before the court and having the opportunity to hear the witnesses, I have no reason to doubt the evidence of the prosecution witnesses.
“I, therefore, hold that the prosecution has established the voluntariness of the statement sought to be tendered.
“Therefore, the argument of the learned counsel for the first defendant in these issues are hereby discountenanced.”
Evans is currently facing two separate charges, bordering on conspiracy to kidnap, kidnapping and attempted murder, before Justice Adedayo Akintoye, according to the News Agency of Nigeria.
News