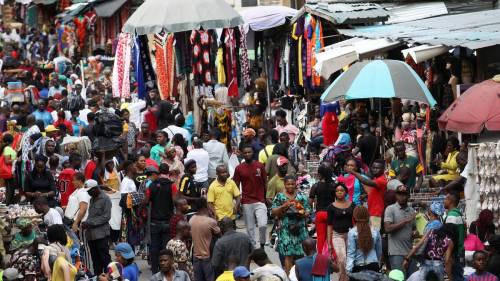 Details from the Ease of Doing Business report for 2020 has showed that Nigeria made improvement in six of the 10 areas measured by the bank.

The country was however, used as a case study on poor procurement – a lapse that will count in the 2121 edition of the study.
According to the study, Nigeria leaped from 145 to 131 but could suffer a setback when contracting with the government is added to the 10 topics currently measured by the World Bank commissioned research.
According to the report, the Nigerian Government awarded a contract for the rehabilitation of a local road in 2007.
The report said, “The works were slated to begin in 2009 but the project specifications had been designed six years before the contract was awarded.
“By the time the contractor started the work, the condition of the road had deteriorated significantly.”
The bank said the project was awarded at less than 60 per cent of the cost required to execute it.
It added, “At the expiration of the contract period in June 2012, the project was only eight per cent complete.
“A decade after the contract award, rehabilitation works were still underway and a trip that would typically take one hour took four.”
Since this factor did not feature in the 2020 report, Nigeria was for the second time recognised for being among the top 10 improved economies out of the 190 measured by the researchers.
The country shared this position with Togo.
According to the report, the desire of a government to make improvements on how its territory does business is caused by the achievements made in countries that are geographically or culturally close.
The report credits Rwanda with coercing Togo to becoming the best place to do business in West Africa, while Kenya is credited with having a similar effect on Nigeria.
Nigeria was also given recognition for making improvements on the enforcement of contracts and easing access to credits.
The report noted that the largest credit report company in the country, CRC Bureau, only captured four per cent of the adult population in 2007 but now hosts the database of the loan repayment history of 14 per cent of the adult population.
Business