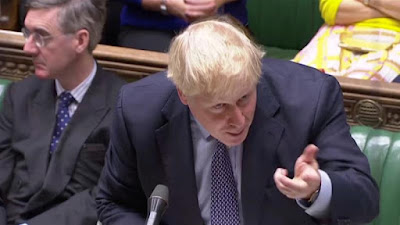 Britain's parliament has inflicted a humiliating defeat on Boris Johnson days after he returned from Brussels with a deal aimed at ending the Brexit deadlock ahead of the October 31 deadline for the UK to quit the European Union.


Reflecting fears among MPs that the prime minister may have sought to engineer withdrawal without a deal - which economists say would be disastrous - they voted by 322 to 306 to withhold backing for his plans on Saturday.
Johnson later sent the EU a letter requesting the extension of the Brexit deadline, along with another letter in which he made clear that he personally opposed a delay.
If the EU were to agree to an extension, it could dent Johnson's credibility after he previously insisted he would lead the country out of the EU on October 31 "do or die".
Anthony Ridge-Newman, a senior lecturer at Liverpool Hope University, said: "Which way we go is anyone's guess right now - the only thing that is certain is more uncertainty for the next couple of weeks."
Johnson's defeat on an amendment tabled by a cross-party group of MPs led by former Conservative Oliver Letwin neither halts Brexit nor rules out the possibility that he can still win backing for his deal after complying with the motion's terms that he must publish it as a bill.
That is because some prominent supporters of the amendment, not least Letwin, say they will back the deal once it is legally set in stone to avoid a "no-deal" Brexit.
However, the move empowers MPs aiming to attach conditions to the plan - such as a second referendum on Brexit, which potentially could halt the UK's withdrawal from the EU completely.
Hundreds of thousands of people marched to parliament demanding a referendum to coincide with the vote.
Tim Bale, professor of politics at Queen Mary University London, said: "Whether this potentially stops Brexit will depend on the amendments that people can bring forward to the withdrawal agreement bill - and some people have not given up entirely on the idea of attaching a second 'confirmatory' referendum to that, for example."

Johnson's defeat owes much to MPs of Northern Ireland's small Democratic Unionist Party - that has kept the ruling Conservatives in power since 2017 - who backed the Letwin amendment.
His deal breaks promises made by his predecessor Theresa May not to treat Northern Ireland differently to the rest of the UK in terms of customs arrangements.
"It's part of the DUP's DNA to be very hard negotiators," said Nikos Skoutaris, associate professor in EU law at the University of East Anglia.
Ridge-Newman said that while Johnson's treatment of the DUP may have seemed "insensitive", he had little choice if he were to make headway on Brexit.
"He is between a rock and a hard place because what is acceptable to the DUP isn't acceptable to the Republic of Ireland and the European Union."
Bale believes Johnson "underestimated" how the DUP would react to his plan which, in effect, establishes a customs border in the Irish Sea between Northern Ireland and mainland Great Britain.
"For a transactional politician like Johnson, there is nothing that money can't solve - but for the DUP it's not about money, it's about memories, principles and identity."

The prime minister's defeat and later request to extend the departure date turned attention to Brussels.
"The EU will do anything to show they are not the ones to be blamed for a 'no-deal' Brexit."  Skoutaris said that while legally speaking there was no obligation on the EU to grant an extension, it was likely to.
Nonetheless, the bloc may attach conditions such as the need to wait for the outcome of elections or even a referendum.
"It is totally within their gift whether they provide for an extension or not and the kind of conditions that they might apply."
Bale said an extension would enable Johnson to address fears that he is trying to rush through a deal that has had little scrutiny and that some business groups say is bad for the UK.
"If the government is sensible, it might agree to take a hit on the timing in order to try and get the bill through a proper scrutiny process."

Bringing the deal back to parliament

Following the government's defeat, Saturday's proceedings were adjourned after a lengthy discussion about what happens next.
The tight numbers suggest there remains a chance that Johnson can steer his plan to victory - not least because key supporters of the Letwin amendment say they will back it.
Skoutaris said: "While Saturday's vote was not good news for Johnson, it is not clear that there is no majority for the overall deal."
Much will depend on what Johnson can offer the DUP to woo them back, and Ridge-Newman said the party will want "strong assurances" to address their concerns.
Letwin's main backers were the opposition Labour Party, which remains divided over Brexit and calls for a second referendum. "If they can come up with some deal that allows something to be embedded within extra additional legislation then it is quite possible that the government will get the numbers."
Six Labour MPs defied their party to back the prime minister in the Letwin vote - highlighting how some in the opposition want to get on with Brexit, fearing that if they do not it will damage their party's prospects.
Bale points to voter research suggesting this is not the case.
"Those Labour MPs who think that if they somehow block Brexit they will be punished and perhaps lose their seats are almost certainly wrong." 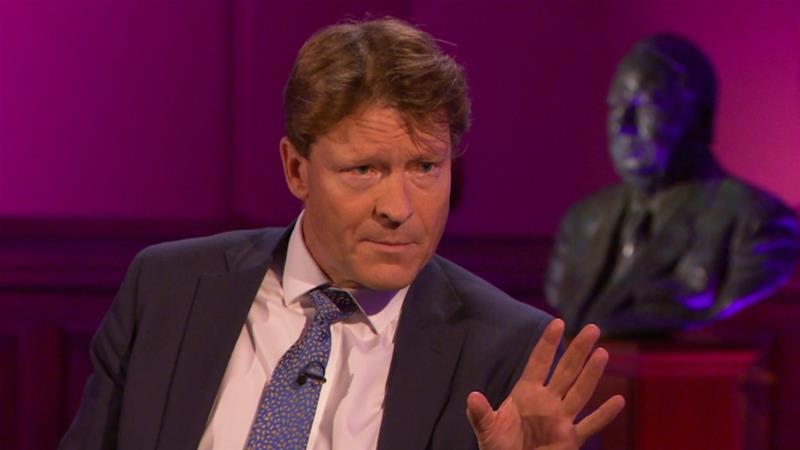