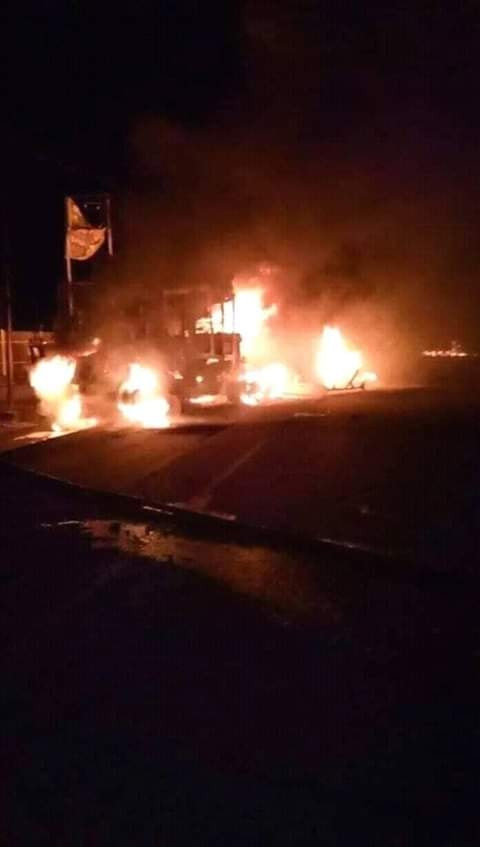 Another fire incident was witnessed in the early hours of today October 18, after a fuel tanker crashed and spilled its content at Omagba Phase in Onitsha, Anambra state.
.

Eyewitnesses said no life was lost in the fire incident which began by 2:30a.m. It was further learnt that the fire was contained by the Anambra Fire Service within an hour but after it destroyed some cars in the community.

A Facebook user, PropherDr Okenwa who confirmed the incident wrote;

Onitsha people wake up to see another fire inferno,God have mercy on us. Another fire in Onitsha again this morning ...
OMAGBA phase 2 Onitsha, the fire started around 2:30am this morning and destroyed many properties.
Another fuel tanker fell this early morning by 2:30am at Onitsha Enugu express way opposite Bessoy filling station and burst into flame's which also flew through the gutter and entered Omagba phase 2 and burn some peoples car's that was packed along the drainage line in that particular street of that Omagba phase 2
What's the cause of this things bikonu... 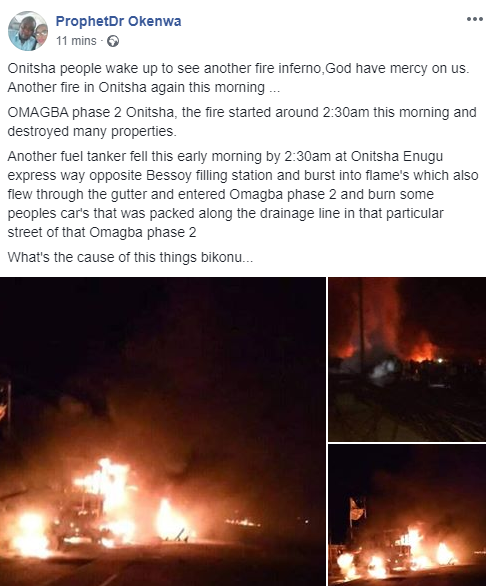 This occurred barely 24 hours after Ochanja market was razed down by fire, destroying properties and killing 5 people including a mother and her child.

Here is a video from the scene of the fire incident at Omagba Phase 2 below;
News