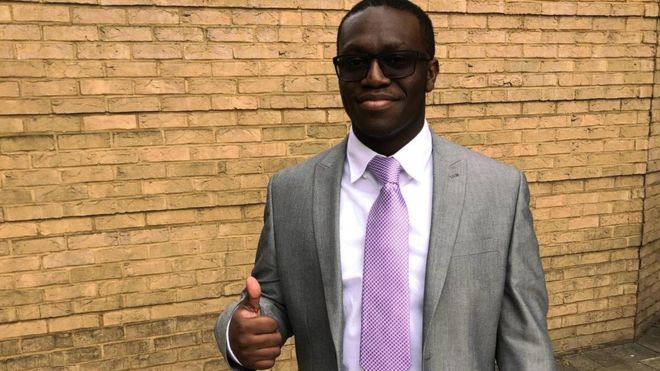 Deji Olatunji, who has more than 9.8 million subscribers, tried to restrain the dog, Tank, when his mother let it out of a house in Cambridgeshire.


The 22-year-old admitted at Cambridge Crown Court to being in charge of a dog dangerously out of control.
His mother, Olayinka Olatunji, 53, had already pleaded guilty to her role.
At an earlier hearing, she admitted being in charge of a dog dangerously out of control that injured a person.
The pair, from Holme, near Peterborough, will be sentenced on 25 October.
Deji Olatunji, who has used the pseudonym ComedyShortsGamer and posts videos of pranks and gaming, has 2.5 million followers on Instagram and is the younger brother of fellow YouTuber KSI.
He has previously spoken of his dog being seized, and uploaded a video last week in which he said he was going to court to try to get the dog back.
Prosecutor Charles Falk told the court that on 23 July last year Olayinka Olatunji had "caused the dog to be let out" of the house.
It then bit an elderly woman twice, causing what Judge David Farrell QC described as "very nasty injuries".
Mr Falk told the court after this initial bite, Deji Olatunji came out of the house to try to get Tank under control.
But it then bit another person, causing no injury, before it was finally restrained, Mr Falk said.
The judge adjourned sentencing for reports to be made for both Olayinka Olatunji and the dog.
News