Xavi: It'd be no problem to coach Barca - I know what Messi, Suarez and Co. are like 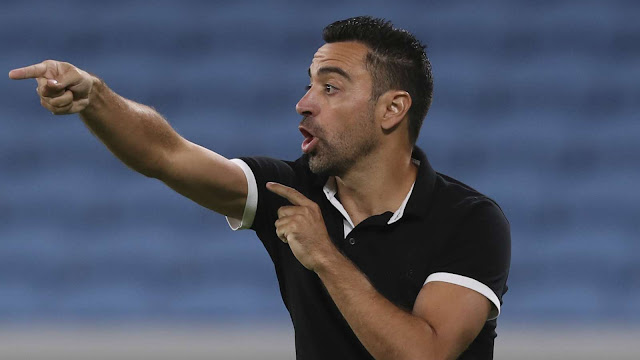 Barcelona legend Xavi says he would be up to the challenge of managing former team-mates like Lionel Messi, Luis Suarez and Sergio Busquets at the club.


Current Barca boss Ernesto Valverde is under pressure at Camp Nou. Despite winning La Liga last season, their Champions League collapse at Liverpool has left a sour taste and they have started the new campaign in disastrous form.
They hit a new low with a 2-0 defeat at newly-promoted Granada on Saturday, and speculation has begun to circulate suggesting Valverde’s days in the job are numbered. Xavi, long tipped as a future coach, is one man whose name has been mentioned.
The 39-year-old former midfielder is currently manager of Al-Sadd in Qatar. His side have won all three of their league fixtures this season, scoring 13 goals in the process, and are in the semi-finals of the Asian Champions League.
But Xavi is not thinking of the role as an audition for the Barca job, though the Camp Nou hotseat is one he would seemingly like to fill.
“I don’t know if it will be a bridge to Barca,” he told Catalan newspaper Ara. “The only thing that worries me now is doing well here, winning titles and making mistakes in some aspects to learn for the future.
“It wouldn’t be a problem [to manage former team-mates]. I know what Leo is like, and Luis [Suarez], Busquets, Jordi [Alba], [Gerard] Pique or Sergi [Roberto].
“I know how they train, their capacity for leadership, I can tell if they are sad or angry. I hope as a coach I could have three, five, eight or 10 players that I already knew and that I already had a good relationship with.
“[Messi] is a player who, if you convince him, he can even be a brilliant defender. He has physical and mental speed. He has everything. If you convince him to run, what will the others do? They will run twice as much.”

Saturday’s defeat to Granada came after Barca were lucky to escape with a draw at Borussia Dortmund, in the first game of their Champions League campaign.
The harrowing European defeats to Liverpool and Roma in the past two seasons weigh heavily over the club and Valverde, but with bad form now spilling over into domestic matters, many fans are losing patience.
Some have pointed to the underwhelming performances of new signing Frenkie de Jong, who has generally been played in a more advanced role than for the Netherlands and previous club Ajax.
“The problem in the midfield is that nobody is doing any defensive work, so they suffer when they have to retreat,” Xavi said.
Sports