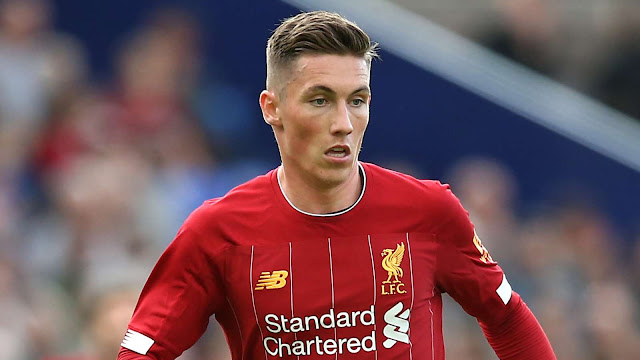 Harry Wilson has been challenged by Liverpool academy manager Alex Inglethorpe to prove that he can have a future at Anfield by impressing during a Premier League audition at Bournemouth.


The 22-year-old has been on the Reds’ books since 2005, with his potential having been spotted early.
He has, however, taken in just one FA Cup outing for the first team, with his experience being collected during loan spells away from Merseyside.
Wilson starred during a stint at Derby in 2018-19, recording 18 goals, and is now taking in a top tier challenge with Bournemouth.
A season-long agreement with the Cherries has started positively, with another two goals netted, and Inglethorope is looking forward to seeing the Wales international kick on from this point.
He told Liverpool’s official website: "Harry had a good, promising season at Derby County and I'm really hoping he can continue that on loan at Bournemouth.
"Harry has got real ability and he influences games, so I'm interested to see what happens when he gets the opportunity to play regularly in the Premier League.
"Can he step up another level because he has proven he can do it in the Championship? Hopefully he can carry that on in the Premier League."
Wilson is looking to become an inspiration for the next generation of talent working through Liverpool’s youth system.
The club are rightly proud of their production line and have taken the decision this season to mix things up by entering an Under-21 team into the EFL Trophy.
Inglethorpe said of that call: “We thought we would give it a go this year and are probably in a slighter better position with the players that we have on loan [than before].
“We were maybe a little bit light on numbers and I think some games we might have to go into where we are a bit younger than we would want and maybe it will be a tough evening for us.
“But we are prepared to give it as good a go as we possibly can and it's three great games for the kids to experience something which is close to senior football.
“There will be a crowd, there will be something riding on the game, they will be playing against senior players that will offer something completely different to U23s football, which is really just an extension of youth-team football.”
Liverpool are in Group of the Northern Section in the EFL Trophy, alongside Oldham, Fleetwood and Accrington Stanley.
Sports