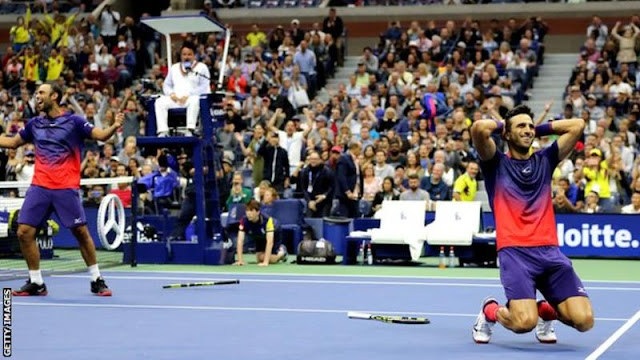 The Wimbledon champions defeated Marcel Granollers and Horacio Zeballos 6-4 7-5 under the roof on Arthur Ashe Stadium.


The pair had been 5-3 down in the second set, but won the last four games to secure the title.
Spaniard Granollers and Argentine Zeballos were playing only their second event together.
In the women's doubles, fourth seeds Elise Mertens and Aryna Sabalenka beat Americans Vania King and Caroline Dolehide 4-6 6-3 6-4 to reach the final where they will play Ashleigh Barty and Victoria Azarenka.
Sports