Two games, two winners: Neymar showing Barcelona exactly what they missed out on this summer 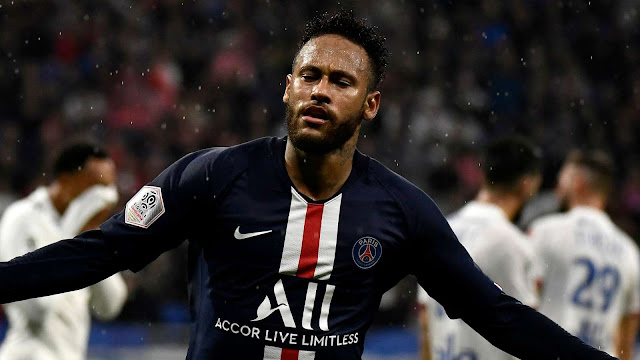 First came the overhead kick. A week later, it was the smart control, brilliant turn and super finish into the corner.


Just a fortnight into his return from club-imposed exile, Neymar has shown exactly why Paris Saint-Germain were so stubborn over his high asking price this summer – and reminded Barcelona exactly what they missed out on by refusing to meet it.
After weeks of uncertainty, the controversial forward is immediately back in the groove, and there is no doubt that he alone has already won the defending Ligue 1 champions four points from two matches.
“I think the club worked well and had a very good transfer window. Neymar is perhaps the most important player we ‘recruited’,” Marco Verratti commented last week – and the early evidence is that the midfielder is exactly correct.
PSG were twice locked at 0-0 going into the dying embers of successive Ligue 1 matches, against Strasbourg at home and Lyon away. On both occasions, uninspired performances were salvaged by the brilliance of their Brazilian attacker, who appears out on a revenge mission to show the world how good he can be.
The 27-year-old is not just out to shut his critics up; he will feel he has a point to prove to Barcelona, too.
“He did everything possible to return,” former Camp Nou team-mate Luis Suarez told Fox Sports Radio in Argentina.
The Catalans, though, did not feel he was worth matching the asking price of the Ligue 1 champions, who wanted to recoup as much of the €222 million (£200m/$268m) fee they paid to Barca to sign him in 2017 as possible in cash.
Barca did their best to sweeten any deal by throwing in several squad players, but terms could not be agreed, and the transfer broke down shortly before the end of the summer window.

“During the negotiations, when the new demands of PSG appeared, we said that they were unassailable. We decided to stop the conversations,” Barcelona president Josep Maria Bartomeu told the club’s official website. “He would have been an extra for the squad.”
For those in Barcelona watching his decisive displays for PSG, games in which he has elevated his side above the mediocre thanks to one moment of world-class quality, there is a taste of regret.
Largely shorn of Lionel Messi and Suarez for the opening weeks of the Primera Division season, Barca have floundered without star offensive quality and find themselves a lowly eighth in La Liga, with just two wins in six games.
With key summer arrival Antoine Griezmann looking uncomfortable in the three-man attack, Neymar would not have been an “extra” but rather an essential.
Back in Paris, meanwhile, he has faced a hostile reception with acceptance and maturity.
“I understand the fans and I know that it was hard for them,” he said after helping the club overcome Strasbourg on his return to action. “I’ve been used to being booed throughout my career. This time, I’ll be playing each match as if we were away from home.”
Having overcome the insults and jeers of Parc des Princes, seven days later he was in action again in Lyon. This time the abuse stepped up a notch: balls of paper, plastic bottles and even a merguez sausage were thrown at him each time he stepped across to take a corner.
He would keep his cool, move placidly away from the incident before security was readied to provide a human shield against the projectiles to allow him to take his set-pieces.

In front of those same supporters, he gave the most emphatic response with barely 60 seconds of game time remaining, finally unlocking a Lyon defence that had been rigorous in its work throughout by turning impossibly sharply in the box to deliver the winning goal.
It was a move only a handful of players in the world could have executed so smartly in such a clutch moment and amply displayed his match-winning capabilities only 24 hours after Barca so desperately needed them in an embarrassing loss at Granada.
“He can do better and he will do better because he will gain in a physical capacity – it’s only his second or third game in four months,” PSG boss Thomas Tuchel warned, sending out a message not only to Ligue 1 but to Europe.
“But he's Ney, he's always decisive. He always thinks about playing forward and attacking.
“We need players like that in tough games like this to make a difference in one-on-ones.”
Without Messi, Barca have also needed such a player, but their refusal to meet PSG’s demands this summer means they have not had one.
Already four points off the top of the Primera Division table, the price of this decision could be their domestic crown.
Sports