Thousands In Nigeria Protest Three Years Of No Electricity 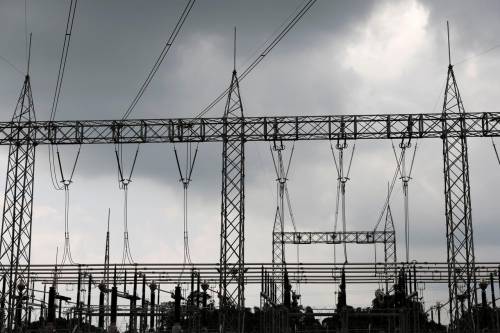 
The protest which began on Thursday, entered its second day (Friday), caused gridlock along the Ughelli-Warri section of the ever-busy East-West Road.
The residents said they wanted the management of BEDC to immediately restore light to the community.
The protesters numbering over 5,000 was said to have barricaded the expressway today (Friday) as early as 8 am to press home their demands, bemoaning what they described as a nonchalant behaviour of the electricity company refusing to carry out repairs on some faulty equipment in the area unless the community offset an alleged N70 million debt.
The community, however, debunked the alleged debt and accused BEDC officials of not honouring meetings to ensure power is restored to Agbarha-Otor,
When SaharaReporters contacted BEDC,  its officials refused to comment on the issue.
News