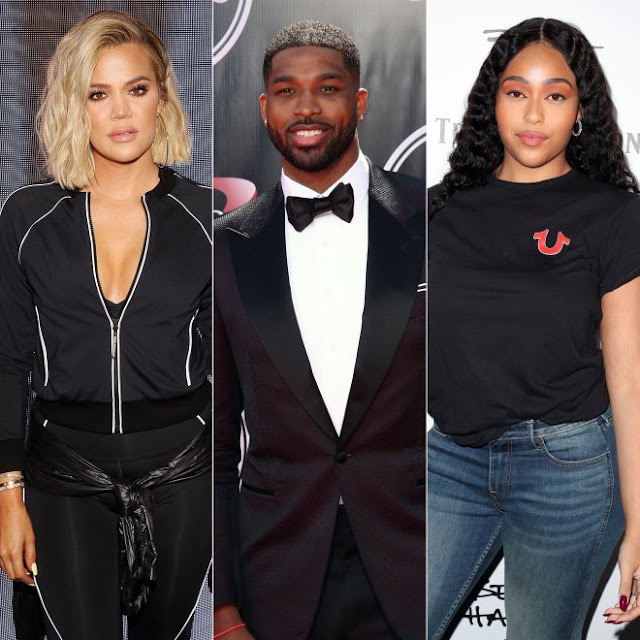 The Keeping Up With the Kardashians star, 35, addressed the scandal during her Friday, September 6, interview with On Air With Ryan Seacrest. “I’m not someone who holds a grudge. If I do that, it’s only going to affect me,” she explained.
“That chapter is closed for me. I want all of us to move on and to be happy, successful people. I just want everyone to just be better people with each day. That’s genuinely how I feel.”

She continued: “I know everybody makes mistakes. I think it’s how you handle it, and I think apologies need to be as loud as your disrespect was or to me, it’s not sincere. I’m forgiving. I’m forgiven.”
Kardashian broke up with Thompson, 28, in February after she discovered that he made out with Woods, 21, at a party. The exes share 16-month-old daughter True.
Khloe Kardashian, Tristan Thompson: Timeline of Relationship
The Revenge Body host noted that humor has helped her work through the pain. “I don’t think these things are funny all the time,” she prefaced before adding: “You have to laugh and still move on with life and know that everything is going to be OK no matter what does happen to you.”
Kardashian pointed out her growth after dealing with the scandal. “Things have to happen to me for me to become a better person as well, and if we can’t laugh at it, what in the hell am I going to do? Sit in a ball and cry?” she asked. “I gotta find the humor in something.”
Khloe Kardashian’s Best Quotes About Raising True
The fallout from the ordeal will continue to unfold during season 17 of Keeping Up With the Kardashians. The Good American cofounder detailed her “really hard” time reuniting with Thompson at True’s birthday party in April, which fans saw a sneak peek of in the supertease released earlier this week.
Volume 90%
“True’s birthday was just a couple weeks after all of that stuff happened, so everything was really raw and fresh,” she recalled in the interview. “You’re going to see that in the first episode, really how we even came to the point where I even invited Tristan to her first birthday.”


Kardashian also acknowledged that her daughter came first amid the split. “I always wanted that to be obviously a Mommy and Daddy thing,” she said. “In my family, it is everyone who is going through this breakup. So I knew in my family it was going to be a lot of high tension, but I still wanted to do what was best for True.”
Entertainment