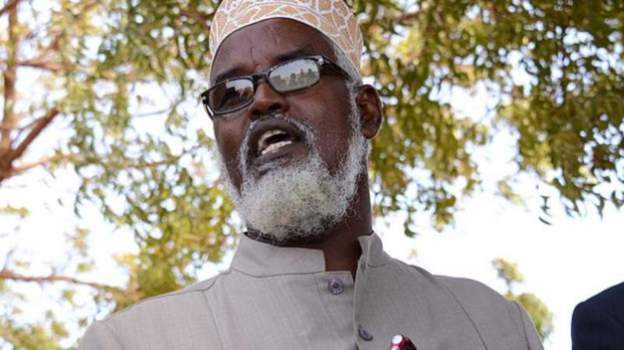 Somalia's government has suspended flights to and from Kismayo, the main city in the country's southern Jubbaland state.


The suspension is to last for three days and comes ahead of the inauguration of Ahmed Mohamed Islam, known by his nickname “Madobe”, who was re-elected to lead Jubbaland in a disputed election last month.
The UN and the central government had wanted the vote to be postponed and have refused to recognise the results.
The statement from the government did not give a reason for the suspension of the flights, but it is seen as an effort to stop politicians and other leaders from attending the inauguration of Madobe in Kismayo on Thursday.
On Sunday, the authorities stopped Somalia's former President Sheikh Sharif Sheikh Ahmed from travelling to Kismayo to attend the inauguration.
He has accused the government of violating the constitution by “restricting the movement of citizens”.
At a press conference in the capital, Mogadishu, on Monday morning he called for the government to reverse its “illegal decision".
News