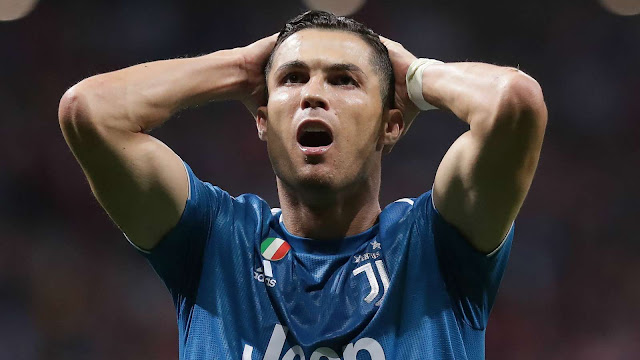 Cristiano Ronaldo should have won The Best FIFA men's player award ahead of Lionel Messi, according to Juventus sporting director Fabio Paratici.


Barcelona superstar Messi clinched the honour for the first time at the ceremony in Milan on Monday, with Liverpool defender Virgil van Dijk coming second and Ronaldo in third.
However, the Juve official believes the judges got the decision wrong, insisting Ronaldo deserved to win the award based on the honours he had achieved in 2019.
"We are also disappointed over the award last night," Paratici was quoted by Corriere dello Sport.
"While still respecting Messi, who is a great player, we think and thought that after last season, having won the Nations League, Serie A, and the Italian Super Cup, having played a great Champions League, he [Ronaldo] deserved this award."
Ronaldo's 36 ranking points put him behind Messi (46) and Van Dijk (38) in the award, which is voted for by captains and managers of international teams, as well as selected media representatives.
While Messi placed Ronaldo in second on his voting slip behind Liverpool's Sadio Mane, the Juventus star left his Barcelona rival out of his selection, opting for team-mate Matthijs De Ligt, Frenkie de Jong and Kylian Mbappe in that order.
Ronaldo also chose to skip the event at La Scala Opera House and was later ruled out of Juve's Serie A match against Brescia on Tuesday with muscle fatigue.
The 34-year-old used Instagram to make a cryptic post on his official account, featuring an image of himself relaxing on the couch with a book.
"Patience and persistence are two characteristics that differentiate the professional from the amateur," he wrote on the social media platform.
"Everything that is big today has started small. You can't do everything, but do everything you can to make your dreams come true.
"And keep in mind that after night always comes dawn."
Serie A leaders Juve, who are one point ahead of Inter, continue their league campaign with a home match against SPAL on Saturday.
It is unknown whether Ronaldo will return after his absence from the Brescia match, which his side won 2-1.
Sports