‘Romelo Lukaku is a good player, he isn’t world class unlike Alexis who is a difference-maker at Inter Milan - Capello compares 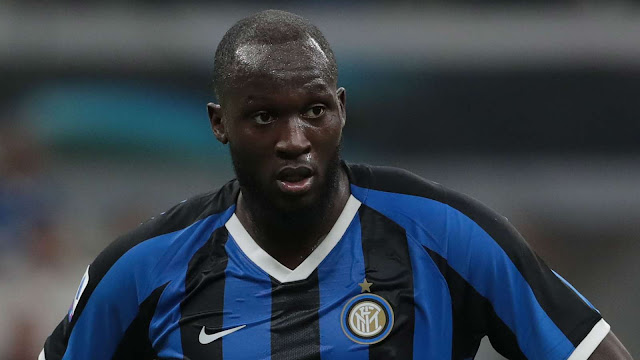 Romelu Lukaku is “not world class”, according to Fabio Capello, with Inter’s new arrival from Manchester United considered to be merely “a good player”.


The Nerazzurri splashed out £75 million ($92m) luring the Belgium international striker away from Old Trafford during the summer transfer window.
Lukaku has made a bright start to life in Italy, recording two goals in as many appearances, and appears to have settled well at San Siro.
Capello, though, is not convinced that he occupies a standing alongside the most fearsome frontmen on the planet.
The 26-year-old offers plenty of power, pace and threat in the final third, but a former Juventus and AC Milan boss believes he is little more than average.
Capello told Radio Deejay: “Lukaku is a good player with good movement. He scored two goals, one was a penalty and the other an error from the goalkeeper.
“He is of use on the field, but is not world class.”
Lukaku was not the only forward acquired by Inter from Manchester United during the last window.

Alexis Sanchez is also in Milan on a season-long loan, with the Chilean seeking to rediscover his spark after a testing time with the Red Devils.
Capello believes the ex-Udinese star is capable of shining back in Serie A, saying of the 30-year-old: “Sanchez has quality and in some areas of the field, he can make the difference, if he wants to.
“It's a little like what Franck Ribery did for Fiorentina when he came off the bench against Napoli, he can use his pace.”
Inter sit top of Serie A after two games, collecting six points and scoring as many goals, but defending champions Juventus are hot on their heels.
Asked to pick out the sides that have caught his eye so far, Capello said: “The team that impressed me the most was Juventus in their first half against Napoli, but I was really let down by the Partenopei’s defence.
“All the other sides played well the first round and badly the second.
“I liked Lazio, they did quite well in both matches, having confirmed the foundations of last season’s squad.”
Lazio have four points to their name, with a 3-0 win over Sampdoria followed by a 1-1 derby draw with arch-rivals Roma.
Sports