Rashford should use Ronaldo as a role model - Meulensteen 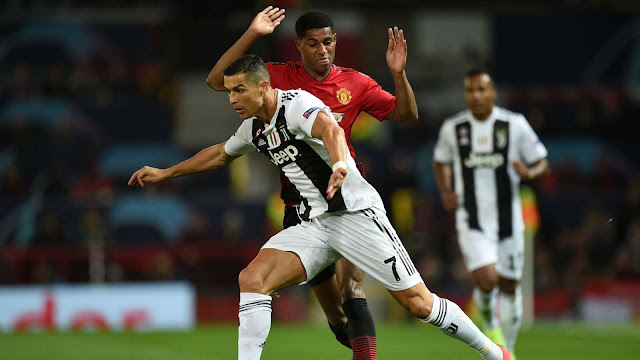 
The 21-year-old, who is currently on international duty with England, has previously described the Juventus striker as a childhood hero having watched on as a fan while the Portuguese star was still playing at Old Trafford.
While hesitant to make any direct comparison between the two, Meulensteen has urged Rashford to use Ronaldo as inspiration as he looks to follow in his goalscoring footsteps.
“In many ways, Cristiano is unique because he had such huge belief in his own ability. But I do think that Marcus Rashford has got a similar mindset to be the best player he can – and I think he should use Cristiano as his role model," Meulensteen told The Mirror.
“I’m not saying Marcus can be the next Ronaldo - because I think Cristiano is a one-off talent. Ronaldo is one of the all-time greats who will be remembered alongside Pele, Maradona, Messi, Eusebio, and Cruyff.
“But Marcus can create his own reputation as a fantastic player if he wants it badly enough.
"Cristiano’s natural instinct was to always try to score the most beautiful goal possible - and that is something I also see in Marcus Rashford. Ronaldo was always trying to find the top corner from 30 yards and win the goal of the season.
“I made him realise that he had to become a great goalscorer rather than a scorer of great goals. That meant scoring more goals, not more spectacular goals.
“Of course, we worked on his technique for finishing, but we also worked on his thinking process so that he would naturally get himself in the right positions to help him score more goals.”
After starting the recent Premier League season with a brace against Chelsea in a 4-0 win, Rashford has failed to score in his past three games for United and also missed a penalty against Crystal Palace.
The Three Lions attacker scored 10 goals in the league last season and will be hoping for a few more this campaign as he leads the line in the wake of Romelu Lukaku's departure.
Rashford has made no secret of his admiration for Ronaldo, revealing the first ever match he watched live involved the five-time Ballon d'Or winner.
“I used to watch a lot of him growing up, all of his games," Rashford said of Ronaldo in 2017.
"I watched all those clips on YouTube and my first-ever game that I saw live, he was playing in it. It was at Old Trafford and I always remember it. It was in 2003. He scored a hat-trick.
"He always played free. No matter where he was playing, he played free and went out there and expressed himself. When you do that, that's when you play your best football."
Sports