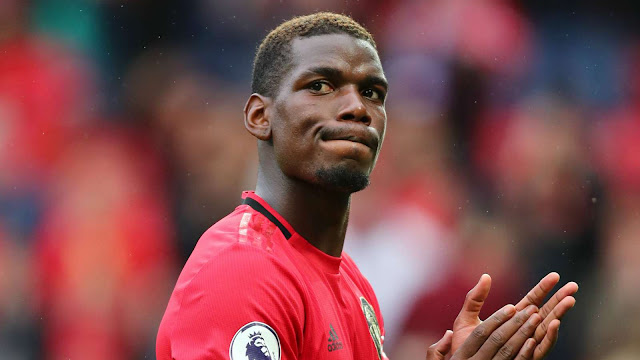 Paul Pogba “knows that he cannot leave Manchester United”, says his brother Mathias, with the World Cup winner now focused on doing his best across the 2019-20 campaign.


A summer of speculation saw the 26-year-old once again linked with a big-money move away from Old Trafford.
Comments at the start of the window in which Pogba admitted that the time may be right for a new challenge did little to curb the rumours raging around him.
In the end, despite intense links to the likes of Juventus and Real Madrid, deadlines passed across Europe with the midfielder still on the books at Old Trafford.
Mathias Pogba is now tipping his sibling to stay put for the foreseeable future, with no fresh transfer saga expected to be sparked in January.
Concerns have, however, been raised regarding the collective quality of Ole Gunnar Solskjaer’s squad.
Pogba is considered to be taking on more responsibility than he should need to, with there few “great” talents around him to help carry the load.
David de Gea, who has seen his own future called into question as his contract runs down, is said to be the only player on United’s books that can claim to occupy the same talent bracket as Pogba.
Mathias, who is now with Spanish fourth-tier outfit Manchego, told El Chiringuito: “Paul knows that he cannot leave Manchester United so he’s going to focus on this season.
“It’s not easy right now, because he has a lot of responsibility in the team.
“A lot of big players have left.
“The only great player is [David] De Gea, the goalkeeper, which means he’s going to have to put a lot of effort in every game.”
Pogba has endured a testing start to the 2019-20 campaign with United.
He impressed during a season-opening 4-0 victory over Chelsea, but then went on to miss a penalty in a 1-1 draw away at Wolves which saw him subjected to racist abuse on social media.
Pogba is still waiting on a first goal of the season at club level and will not get the chance to work on his game during the international break after being forced to withdraw from the France squad through injury.
Sports