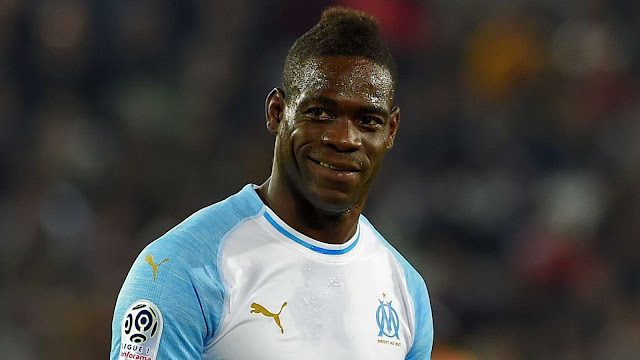 Mario Balotelli has admitted he doesn't "really care" about playing against Cristiano Ronaldo as he looks set to make his Brescia debut against the Juventus star.


The 29-year has returned for his fourth stint in Italy with the Le Rondinelle but has been absent for their first four Serie A games because of a suspension earned at his previous club Marseille.
Balotelli insists his focus is on finding the back of the net in his first Brescia appearance and he is not fussed about sharing the same pitch as Ronaldo.
"Does it excite me to play against [Ronaldo]? I really don't care," Balotelli told DAZN .
"He is a great champion, he is the best in the world with Messi. It is nice to play against him but I do not get excited.
"I will try to score goals, as in all the other matches I play."
The match will be Balotelli's first competitive outing since being shown a straight red card in his last game for Marseille on May 24.

However, while the Italian striker feels it may take some time for him to develop match sharpness, he says his body is in the same shape as it was when he played for Manchester City.
"I feel comfortable [in my preparation]," he said. "In the last month and a half, I have worked more than I did in the last 10 years of my career.
"I don't care about who [I'm playing], I care only about playing and feeling good.
"It is normal that I won't have the rhythm of the game just yet - because I've only played two friendlies so far and you can only find the rhythm by playing.
"But one thing is certain, in terms of my weight and shape, I've never been like this. The last time I weighed this amount I played for Manchester City and I was 20 years old."
Back playing in Italy for the first time since a stint with Milan in 2015-16, Balotelli is hoping to catch the eye of national team coach Roberto Mancini ahead of the European Championships next summer.
The last time he played for the Azzurri was in a September 2018 Nations League match against Poland , and he has only earned three of his 36 caps in the last five years.
Sports