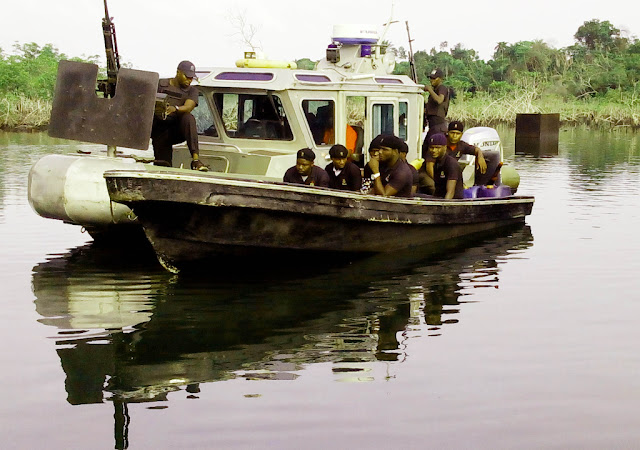 
The Operation Commander, Operation FORMOSO, Suleiman Ibrahim, told News Agency of Nigeria (NAN) that his men also arrested four foreigners for illegal fishing activities within the restricted distance of five nautical miles off the Nigerian coastline.
He named the confiscated vessels as ORC 5 and CYNTHIA.
The Navy handed over the vessels, and their contents, with all 26 crew to the Federal Department of Fisheries and Aquaculture, Commanding Base Officer, FORMOSO, in Brass Local Government Area of Bayelsa.
Mr Ibrahim, a captain, said the Navy detected the illegal activities of the vessels with the use of maritime domain awareness equipment trawling within the five nautical miles restricted zones, adding that they thereafter deployed its operatives to intercept them.
He noted that the area was designated for the use of local fishermen and not bigger vessels with monitoring to avoid conflicts.
He said the crew, which were aware of the regulations, intentionally violated the law, and hence must face the consequences.
The Assistant Director, Monitoring Control and Surveillance unit, of the Federal Department of Fisheries and Aquaculture, Paul Opoama, confirmed receipt of the two vessels and crew arrested by the Navy for onward investigation.
Mr Opoama noted that collaboration between FORMOSO and the Navy, would curtail illegal activities within the Nigerian territorial waters.
The captain of the ORC 5 vessel, Olayeye Ejagbomo, and his counterpart, with vessel CYNTHIA, Ayemobuma Omosuyi, confirmed their alleged illegal fishing activities in the restricted area.
Mr Omosuyi, who has two additional crew on board with no official documentation and means of identification, was silent on every allegation.
He however claimed to have lost communication signals with his company on complaints of slow speed hence he moved within the illegal area.
He however, could not give satisfactory reason why he had two additional crew and some with no means of identification.
News