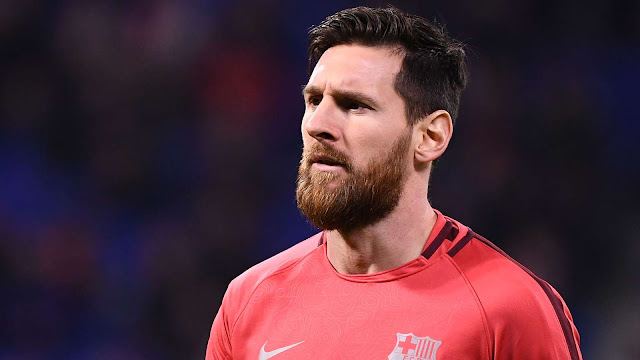 Lionel Messi has “earned the right” to break his Barcelona contract if he so wishes, says Gerard Pique, but nobody at Camp Nou is overly concerned about such a decision being taken.


It has been revealed by El Pais, with Goal able to confirm the news, that the mercurial Argentine has an exit clause in his current deal.
Having turned 32, the five-time Ballon d’Or has the option to walk away from Barca at the end of any given season.
His terms are due to run until 2021, with the reigning Liga champions eager to discuss another extension for their mercurial talisman.
Pique claims to have already been aware that Messi could leave if he fancies a new challenge, but the World Cup-winning defender is reading little into that as there is no reason to believe that a move will be made any time soon.
“I already knew Messi is able to leave for free at the end of each season,” Pique told Cadena Ser.
“But we all know the commitment Leo has to Barca and it doesn't worry me at all. He's earned the right to be able to choose what he does with his future after everything he's given the club.”
Messi last committed to a new deal with Barcelona in 2017, at the end of a long-running saga.

Club president Josep Maria Bartomeu has aired his desire to get the South American superstar tied down on another agreement.
He told ESPN in April: “We want him to have a really long career so we can keep on enjoying him.
“Lionel's managed to break down borders. Everyone admires him and he's applauded at other stadiums by rival fans.
“We would like to renew his contract, that's the idea. He is young - you can see that [in his performances] - and he still has two years on his deal.
“He's always improving, always innovating. I believe he still has many years in front of him and in the coming months we will sit down with him so that he has many more years at Barcelona.
“Messi is a one-club man. It's more than what he does on the pitch - his relationship with Barca will last forever.
“I use the example of Pele, who was always at Santos. We want Messi to always be at Barca, whether that's playing or linked to the club [when he's retired].”
Messi has previously stated a desire to return to his roots at Newell’s Old Boys before hanging up his boots, but has offered no indication as to when a homecoming could take place.
He told El Trece back in May 2018: “I’m increasingly sure that in Europe, Barcelona will be my only club.
“I always said I wanted to play in Argentine football one day, I don’t know if it will happen but I have it in my mind.
“It would be at Newell’s, nowhere else. I would like to do that for at least six months, but you never know what will happen.”
Sports