Man arrested for allegedly raping co-worker to death in Ogun 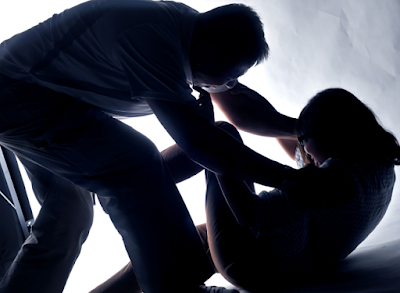 The Ogun Police Command said it arrested one Eniola Adenuga, a Mobile Money Agent, who allegedly raped a co-worker, Faith Jude, to death around Lafenwa area of Abeokuta, Ogun.


Mr. Edward Ajogun, the Deputy Commissioner of Police, Operation, paraded the suspect at the command’s headquarters at Eleweran in Abeokuta on Wednesday, NAN reports.
Ajogun stated that the suspect on Sept. 19 reported at Lafenwa police division that he came to his place of work only to discover the lifeless body of the victim (Faith Jude) in front of his office covered with a canopy.
He said that upon his report, the detectives from Lafenwa division moved to the scene where the picture of the corpse was taken.
The Deputy Commissioner of Police said that it was discovered that there were marks of violence on the deceased body, which raised the suspicion that she was murdered.
“Based on the recovery, the complainant was professionally interrogated, and it was discovered that he was the person that actually killed the victim.
“He confessed to the crime and stated that the deceased, a co-worker came to the shop to collect money for their boss.
“He took advantage of the heavy downpour on that day to grab the deceased, gagged her mouth with a piece of cloth while he raped her.
“Having had his way with the girl, he discovered that she had given up the ghost due to the suffocation, “he said.
Ajogun said that the case was undergoing investigation at the homicide section of the command’s Criminal Investigation Department.
Speaking to News Agency of Nigeria (NAN), the suspect (Eniola Adenuga) confirmed to committing the offence.
Adenuga noted that the deceased just joined the company, saying that he had been having advances towards her but she had refused to accept his offer.
“I raped her in the shop and she died in the process. She was also having her menstruation at that period. I kept her corpse in the store.
“In early hours of the third day of the incident, I placed her corpse in front of the shop and went to report at Lafenwa police station that I found a corpse in front of our shop.
“I had to confess during investigation that I actually covered her mouth with her underwear while I raped her to death.
Adenuga pleaded for mercy, adding that he never meant to kill her.
News