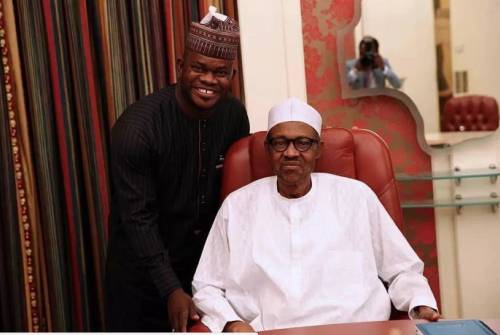 The Kogi State Government has received a bailout of N30.8 billion from the Nigerian Government to clear backlogs of unpaid salaries.


This was confirmed by the State Governor, Yahaya Bello, on Friday while addressing journalist after the meeting of the National Working Committee (NWC) of the APC.
He said: “As regards the issue of news making the round that Kogi State is owing salaries, I want to categorical state that, my two predecessors inherited salary arrears.
“It is a problem I inherited when I assumed office. But I want to announce to you today, that Kogi is not owing any worker’s salary at all. We have been able to clear all workers’ salaries and we are up to date. As a matter of fact, the last primary election that was held on August 29, we paid the salaries of August. That is to tell you that we are up-to-date as far as salary is concerned.
“The issue of us owning up to 38 months’ salary arrears before we cleared it was all false and lies. We did owe up to that, what we were owing at that time was between four to five months.
“As I speak with you now, Mr. President graciously approved a bailout of N30.8 billion for us and our national chairman seated help me to facilitate the release."
He also denied being the mastermind behind the disruption at the Peoples Democratic Party (PDP).
“I am a member of the APC and not PDP. We gave a level playing ground to all the aspirants from all political parties to carry out their activities freely within the state. They moved around the entire state and we provided security for them and ensure that they were safe.”
Politics