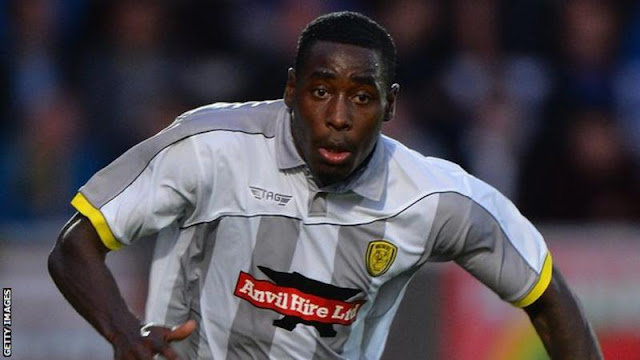 The 32-year-old was shot in his car and police are appealing for witnesses as they search for two suspects who they say escaped on a black scooter.


Officers from a nearby fire station tried to help Maynard but he later died of his injuries.
The Dutch-Surinamese player, who also had a spell at Royal Antwerp, was at non-league Dutch club Alphense Boys.
"Everyone at Burton Albion is saddened to learn of the tragic death of our former player Kelvin Maynard," the club said in a statement. "Our sympathies go out to all his family and friends at this difficult time."
Maynard joined Burton in November 2014 following Dutchman Jimmy Floyd Hasselbaink's appointment as manager.
Speaking at the time he said it was "a dream" to play in England.
Injury restricted him to 10 appearances as the Brewers won the 2014-15 League Two title before he was ruled out for the following campaign after suffering a knee injury in a pre-season game.
He left Burton in January 2017 to join Dutch side Spakenburg.
In a statement Alphense Boys said: "Last night, we received the terrible news of the death of Kelvin Maynard.
"Our deepest condolences go to his wife and children, his family and friends."
The club's next fixture, due to be played on Saturday against Hollandia, has been postponed. and training was cancelled on Thursday.
Sports