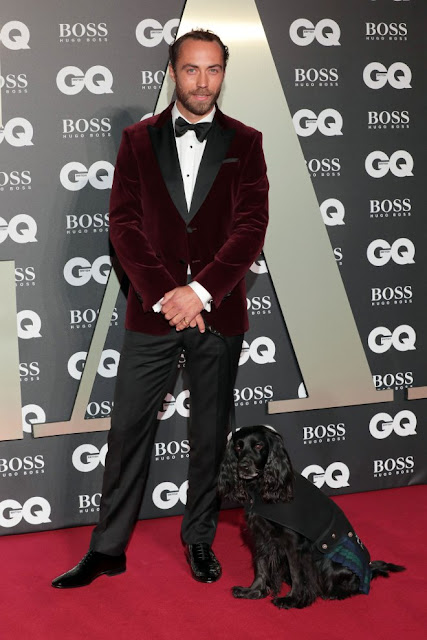 The businessman, 32 — who is the younger brother of Duchess Kate — walked the red carpet with his English cocker spaniel, who wore a black and tartan Pets As TherapyOpens a New Window. jacket in honor of the U.K. charity of the same name. Middleton matched with his pup with a burgundy velvet jacket and a black bow tie.

,” the entrepreneur captioned a series of photos of him and Ella on the red carpet on his InstagramOpens a New Window. on Wednesday, September 4.
Celebrity Pets That Have Their Own Social Media Accounts
In an essay for The Daily MailOpens a New Window. in January, Middleton credited his dogs — Ella, Inca, Luna, Zulu and Mabel — for helping him cope with his depression.
“Ella, particularly, has been my constant companion for ten years and she’s been with me to all my therapy sessions,” he wrote. “In her own particular way, she has kept me going. As a result, Ella and I now volunteer with the Pets As Therapy charity, and Ella is a fully-fledged therapy dog for PAT.”
Volume 90%
The Berkshire, England, native also praised his royal sister, her husband, Prince William, and her brother-in-law Prince Harry for encouraging him to speak out about his depression, which he’s experienced since late 2016. He was diagnosed with Attention Deficit Disorder (ADD) in 2017.
“I feel compelled to talk about it openly because this is precisely what my brother-in-law Prince William, my sister Catherine and Prince Harry are advocating through their mental health charity Heads Together,” he wrote. “They believe we can only tackle the stigma associated with mental illness if we have the courage to change the national conversation, to expel its negative associations. So it wouldn’t be honest to suppress my story. I want to speak out, and they are my motivation for doing so.”
Stars Who’ve Battled Mental Health Issues
As a wedding gift for Duchess Kate and Prince William in 2011, Middleton gave the couple one of Ella’s puppies, named Lupo.


“My little treat to them was to give them a puppy. And Lupo was their gift,” he told Good Morning America in 2014.
Entertainment