I turned down Spurs because I didn't speak English well – but neither could Sir Alex! - Marcello Lippi 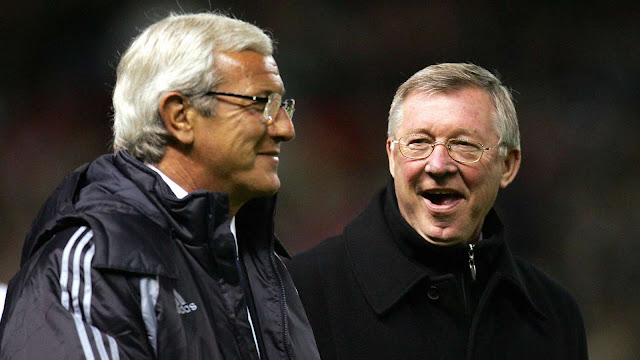 Marcello Lippi has revealed that one reason he turned down a job offer from Tottenham was because he didn’t think he could speak English well enough.


The Italian enjoyed a friendship with Sir Alex Ferguson that formed when the Scotsman was in charge of Manchester United and Lippi was head coach at Juventus.
He has admitted that Spurs approached him at the time but that he rejected their proposal, partly due to his love for the Bianconeri and partly due to his lack of confidence in his English.
“Yes, I was very close to Tottenham when I was coaching Juventus,” Lippi said to the Daily Mail.
“They were very nice to me by contacting my son Davide. But I didn't feel like leaving Turin and Juventus. For me, Juve was like Manchester United for Ferguson: a unique club that I loved to bits.
“'I didn't speak English well and that was also a reason I declined. Someone told me that Ferguson also didn't speak English well because he was Scottish!”
Lippi also expressed his admiration for former United midfielders Roy Keane and Paul Scholes, revealing that he was close to signing the former at one point before the deal fell through.
“I loved [Roy] Keane. He was very close to moving to Juventus but then failed to negotiate. I also loved [Paul] Scholes. He would have liked it anywhere and always played.”
The Italian also wished current Red Devils boss Ole Gunnar Solskjaer well in his quest to restore United to their former glory.
“[Ole Gunnar] Solskjaer was very good as a player and I hope he will do very well as a coach. He deserves it.”
Lippi discussed the bond he shared with the legendary Red Devils coach and says the pair’s love of wine brought them together.
“He was almost like a brother to me. We exchanged many gifts. I brought him the Turin gianduiotti [chocolate] for his grandchildren but he ate them in the end.
“Even the wine, the good one from my Tuscany. He loved sending me the Matrioskas, the Russian ones, with boxes in the boxes containing his 1971 Whiskey Maccallan. One day I have to call Alex and ask him for another box.
“We used to send wine suggestions by mobile phone. He was in love with a wine he called 'Tigno'. In reality it was called 'Tignanello' but he was convinced it was wrong. We made a bet and called the sommelier of that restaurant. I won!”
Sports