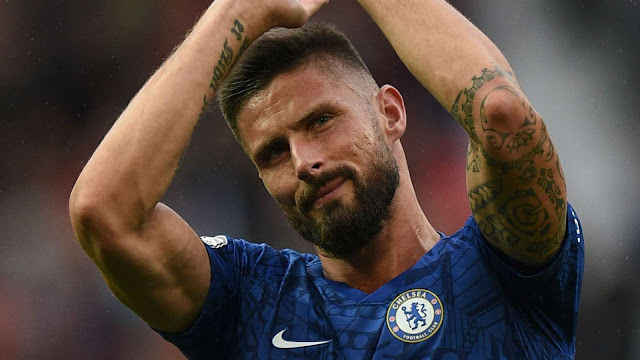 Olivier Giroud has warned Tammy Abraham that Chelsea’s striking berth is not wrapped up, with the World Cup winner eager to point out that he has no intention of winding down.


The Blues have favoured youth over experience in the opening weeks of the 2019-20 campaign.
Frank Lampard has placed his trust in a 21-year-old academy graduate who has had to be patient in his pursuit of a big break at Stamford Bridge.
That faith has been rewarded with four goals in as many Premier League games, with Abraham justifying his inheritance of the No. 9 shirt in west London.
Giroud, though, insists that he will be pushing his promising team-mate as much as he can, with the 32-year-old determined to make a positive impression of his own this season.
Quizzed by Le Figaro on whether he now expects to be stuck on the sidelines, the France international said: "Obviously not! I have goals in my head.
"I'm here to help the new generation, but beware, the time for retirement has not come.
"I’m still hungry and have a lot of ambition. I don’t want to be Chelsea’s No. 2 striker, for sure.
"Just because I’m here as an older brother for young people, it doesn’t mean I’m out on the sidelines."

Giroud added on his selection battle: “The competition is open and healthy with young Tammy Abraham, which was not the case last year.
“The boy has taken his chance, he scores and if he works well, I will have to try and put pressure on him. There is no reason for me to worry about the rest of the season.”
It was suggested over the summer that Giroud could head out of Chelsea.
Instead, he committed to a new contract and is eager to avoid making a move to Asia or America for the foreseeable future – despite both destinations boasting obvious appeal.
“I can go to China to get a big cheque!” Giroud said.
“On a more serious note, ending my career in the United States fits me well.
“For my family, as my children continue to speak English, it would be less exotic and equally rewarding. Language is important.
“Living in the US is also special. Why not two years from now take on a last challenge? Or maybe elsewhere! There may be a great challenge in Europe.”
Sports