Fabregas: Finding another Messi is impossible 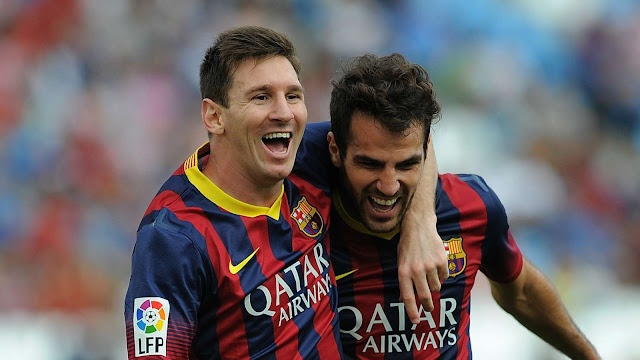 Cesc Fabregas believes it's impossible that another player like Lionel Messi will emerge in the future.


The two former Barcelona teammates spent three seasons together at Camp Nou with Messi winning two Ballon d'Ors during that time.
Having had the privilege of playing alongside the Argentine, Fabregas declared Messi is truly one of a kind when asked if there ever could be another like him.
"I think that's probably impossible," Fabregas told AS.
"We've seen the likes of Ronaldo and Ronaldinho, amazing players, but Messi has been the best for 15 years. He's in his 17th season and he's been the best since he was 18 years old.
"I've seen things you wouldn't believe. Every three days he scores goals, he heads off to play for Argentina, he comes back jet-lagged and scores a hat-trick... that's not normal, believe me.
"I would have liked to enjoy playing more with Leo. I had a bit of bad luck in that respect. The first season we had together we had a great understanding. But the two following seasons was when I had my worst time with injuries. I wasn’t at my best at key moments and that affected everyone, including Leo."
Fabregas is currently playing in France for Monaco with the club second last in Ligue 1 with just two points from their first four games.
After just avoiding relegation last season, Fabregas is hoping they can bounce back this campaign.
"The objective last year was clear: stay up by whatever means possible," he said.
"This season we’ll try to compete to qualify for the Champions League. Let’s see if the new signings all fit in well."
Monaco had a busy transfer window with the likes of Wissam Ben Yedder and Tiemoue Bakayoko joining the club as they look to rebound from a down year.
Monaco has not finished outside the top three in the French top flight since the 2012-13 campaign before falling down the pecking order last campaign.
The club will return to Ligue 1 action on September 15 with a tough clash against Marseille as they look to get their first victory of the new season.
Sports