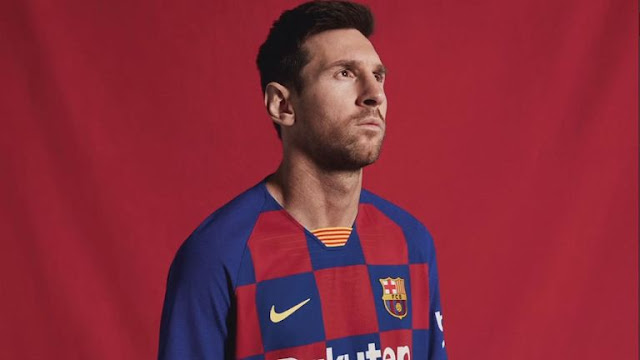 So we asked Football Whispers to round up all the latest gossip and news from across the continent.


Lionel Messi's contract contains a clause which allows him to leave Barcelona for free at the end of every season. (El Pais)
Messi would be able to join any rival club for nothing as long as he informed Barca before the end of April of his decision to terminate his contract. (Cadena Ser)
Manchester City were offered the chance to sign Philippe Coutinho from Barcelona this summer but Pep Guardiola wasn't interested in the former Liverpool star. (Marca)
Napoli have started contract talks with Fabian Ruiz after Real Madrid and Barcelona were linked with the midfielder this summer. "The club and my representatives are negotiating and I hope an agreement is reached soon," Ruiz said. (Marca)
Juventus will make a move for Ivan Rakitic when the transfer window reopens in January. The Barcelona midfielder was wanted by the Bianconeri this summer but a deal couldn't be agreed. (AS)
Barcelona will continue to monitor the transfer market for an out-and-out No 9. The La Liga champions brought in Antoine Griezmann this summer but want to sign a forward with a physical presence. (AS)

Inter are interested in signing Tottenham star Christian Eriksen at the end of his contract. The Dane's current deal expires next summer and he is set to leave Spurs for nothing. (Tuttosport)
Mauro Icardi hopes to return to Inter Milan in the future, according to his agent and wife Wanda Nara. "Relationships have deteriorated due to misunderstandings but his desire to play for Inter and his love of the fans remain," she said. (Corriere della Sera)

Sporting president Frederico Varandas says Tottenham failed in their pursuit of Bruno Fernandes because they included bonuses based on winning the Premier League and Champions League. "That's never going to happen," Varandas said. (Visao de Mercado)
The Portuguese club also turned down the opportunity to sign Yannick Bolasie earlier this summer but opted to take the Everton winger on loan after they were unable to find an alternative. (O Jogo)

Juventus midfielder Blaise Matuidi says Paris Saint-Germain did not try to re-sign him this summer. "All that talk in the papers of PSG was not true," he said. "I've always said I'm happy at Juve, one of the best clubs in the world." (L'Equipe)

Borussia Dortmund star Mario Gotze was close to signing for Inter in August but a deal couldn't be agreed. Inter could return for the German in January or sign him next summer when his contract expires in 2020. (Ruhr Nachrichten)
Manchester United youngster Tahith Chong says he and the club have started talks over a new contract. "We are talking but it's still too early to say anything. The season is still long and we will see what happens," the winger explained. (Voetbal International)
Sports