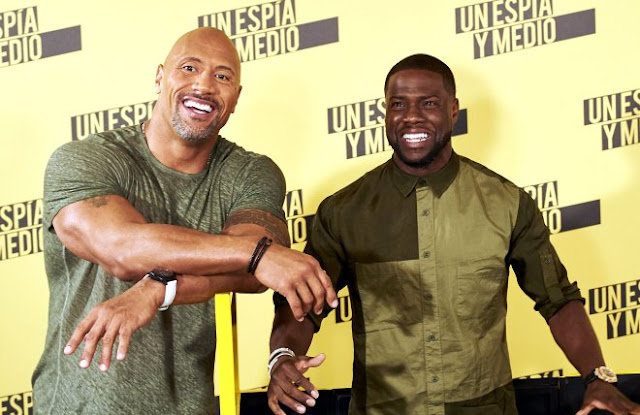 Friendship at its finest. Dwayne “The Rock” Johnson sacrificed a little more time on his honeymoon with wife Lauren Hashian to step in for Kevin Hart after his car accident.


Celebs Send Love to Kevin Hart After Car Accident
Kelly Clarkson explained the situation in a Twitter video shared by her talk show The Kelly Clarkson Show’s official account on Wednesday, September 4. “My first guest today was supposed to be actor and comedian Kevin Hart,” the singer, 37, told her audience. “So, as many of you know, Kevin was seriously injured in a car accident. He’s OK and recovering, but because Kevin couldn’t be here, one of his good friends stepped the heck up, and I love him.”
Clarkson admitted she “got real nervous” and ended up calling many of her friends since Hart, 40, was scheduled to appear on her premiere episode. However, Johnson, 47, “left his honeymoon” to take his frequent costar’s place. “His wife probably hates me,” the Voice judge quipped.

Dwayne Johnson ✔@TheRock
When my son @KevinHart4real goes down with an injury, his big daddy steps in. I did leave my honeymoon early (Lauren approved cos she LOVES Kelly) and now me and Kelly are new best friends

. Tune in this Monday! We had the best time! #greathost #hotcrowd #amazingenergy

https://twitter.com/kellyclarksontv/status/1169321914235588609 …
The Kelly Clarkson Show ✔@KellyClarksonTV
When Dwayne @TheRock Johnson leaves his honeymoon early to be the first guest 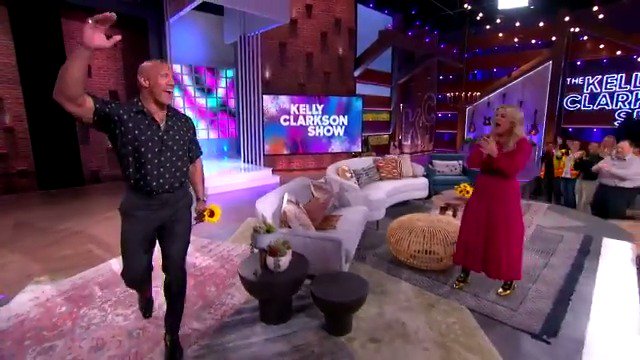 1,210 people are talking about this
Celebrity BFFs
The Hobbs & Shaw star — who married his longtime girlfriend in Hawaii on August 18 — detailed his willingness to give up his vacation for the cause. “When my son @KevinHart4real goes down with an injury, his big daddy steps in,” he tweeted on Wednesday. “I did leave my honeymoon early (Lauren approved cos she LOVES Kelly) and now me and Kelly are new best friends. Tune in this Monday! We had the best time! #greathost #hotcrowd #amazingenergy.”
Hart suffered “major back injuries” after his 1970 Plymouth Barracuda veered off the road, rolled over and landed in a ditch in Malibu on Sunday, September 1. The actor was hospitalized in Los Angeles and reportedly underwent back surgery. He is expected to make a full recovery but will reportedly need weeks of extensive physical therapy.
Volume 90%
The Ride Along star’s wife, Eniko Hart, told TMZ on Monday, September 2, that he is doing well following the incident. “He’s great,” she assured. “He’s going to be just fine. … He’s awake.”