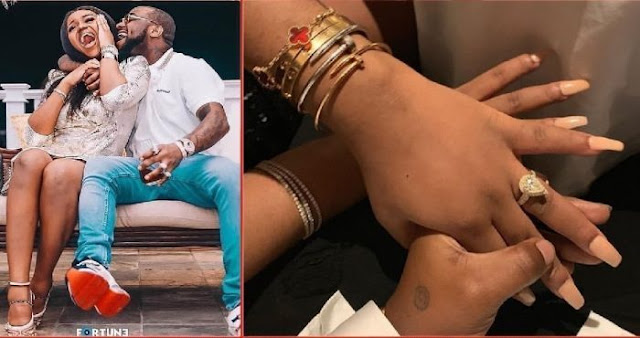 A week ago, Chioma introduced Davido to her family and now he has put a ring on it.


Chioma Rowland said YES!
Trust Davido to go big with jewelry as he shared the photo of the huge diamond designed by Dorgu on Chioma’s finger, with caption: “SHE SAID YES!!!! BIG ROCK 💎 #ASSURANCE2020”.
Chioma also shared the photo on her Instagram page with caption, “🥺😩🥰 I love you @davidoofficial (You didn’t even let me wax yet 😭🤣)”.
Entertainment