Could Harry Kane be the most successful player in England? 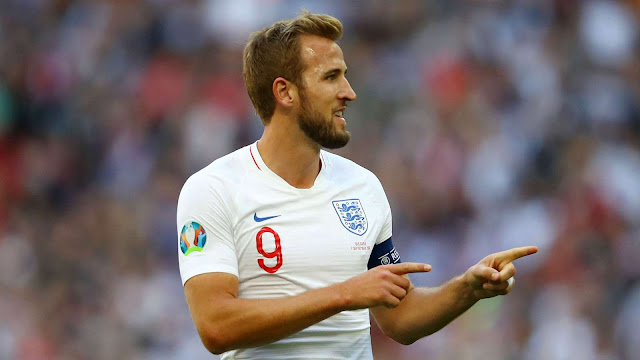 Harry Kane has revealed the secrets of his penalty success, with the Tottenham striker netting twice from the spot in England’s 4-0 victory over Bulgaria.


The Spurs star once again led the way for the Three Lions as they eased to another comfortable win in Euro 2020 qualifying.
Kane struck a hat-trick for Gareth Southgate’s side, taking his overall tally to 25, while also having another effort ruled out for offside.
He got England up and running at Wembley on Saturday as he turned home a Raheem Sterling centre.
The 26-year-old then converted two second-half penalties, either side of a goal he teed up for Sterling, and has now found the target from 12 yards on eight occasions for his country.
Quizzed by ITV as to how he maintains those stunning standards, Kane said: “It's just hard work and practice, we do a lot during week and the day before a game we do quite a bit.
“I always go with my feeling - it could be 10, it could be 50 [that I practice], it depends how I feel on the day.
“We have such explosive, skilful players so we're always going to get penalties.”

England were not at their best during a difficult first half against Bulgaria, with the visitors making life difficult as they pulled 11 men behind the ball.
Kane, though, believes the Three Lions were good value for a convincing triumph come the final whistle.
He said: “First half we got caught on the counter a couple of times, we said at half time we needed to try and come out and get an early goal and that's what we've done.
“It's a good result we hope to take into Tuesday.”
Kosovo, who are also unbeaten in Group B, are next up for England.
“We'll have to press better,” Kane said of the midweek challenge facing Southgate’s side.
“It will be difficult, we're feeling good, hopefully we can get ahead like today and get another result.”
England will have plenty of players brimming with confidence at their disposal for that game, with Sterling another of those to have carried his club form onto the international stage.
Kane said of the Manchester City winger: “It's great for him that he's taken his club form into international form, he's an amazing player.
“I managed to repay the favour [having set up Sterling's goal]. We enjoy playing together, we all do.”
Sports