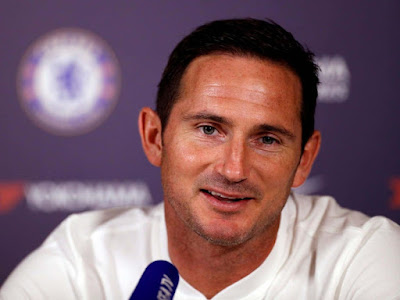 Chelsea manager, Frank Lampard, has said he is happy to be hosting Manchester United in the fourth round of the Carabao Cup.


However, he admits it will be a big test for his players.
Lampard’s men crushed League Two opposition Grimsby 7-1 on Wednesday night, with seven different players getting on the scoresheet.
United on the other hand, struggled against League One minnows Rochdale and were unable to beat them in regulation time.
They will now play Chelsea at Stamford Bridge in the fourth round of the league cup.
“It is a big draw obviously.
“It is two big teams. I am pleased we are at home and we will see. That’s all.
“I just watched the penalties. I’ll comment nearer the time,” Lampard told reporters at Stamford Bridge.
Sports