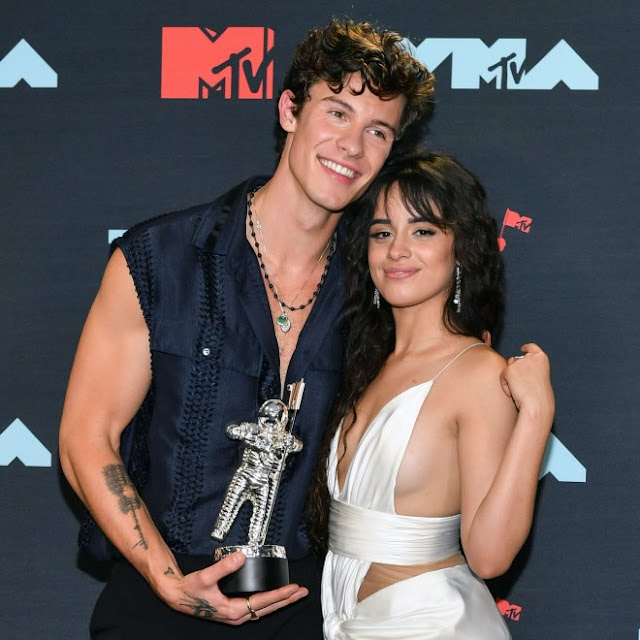 The romantic performance was captured by fansOpens a New Window. in the audience at the Friday, September 6, show. Mendes, 21, stood up from a piano and grabbed his guitar as Cabello, 22, sauntered out, singing the opening lines of the track.
The former Fifth Harmony member made her way over to the “If I Can’t Have You” singer and softly touched him, which elicited screams from the crowd.

The couple ended the duet in a similar fashion to their 2019 MTV Video Music Awards performance. They rested their foreheads together as if about to kiss before pulling away. Mendes placed a peck on Cabello’s cheekOpens a New Window. before she left the stage.
Celebrity Couples and How They First Met: Love Story Beginnings
The musicians were first linked when they were spotted getting cozy at a 4th of July party. Cabello and Mendes have kept their romance mostly private. However, they opened up slightly in recent weeks.
Celebrity Couples Who Prove That Love Isn’t Dead
“Honestly, I wanna say I wanna talk to you guys about this stuff but it’s not just me in the relationship,” the “In My Blood” crooner told fans during a Q&A in August. “There’s another person involved and I can’t say things that I feel. It’s not just me deciding, you know?”
Volume 90%


Cabello, for her part, elaborated on the secrecy. “I don’t know; people can say whatever they want,” the “Liar” songstress said in her October 2019 Elle cover story. “They can speculate, but at the same time, we are going to live our own lives, enjoy it, and fall for each other like nobody is watching. That is how I want to live. I never want to open the door for people to feel like they are involved. Like I said, I want it to be mine and [his]. That’s why I’m so tight-lipped about it: because I want to protect it.”
Entertainment