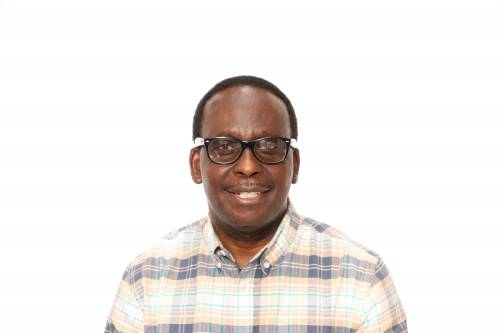 I started calling President Muhammadu Buhari Dindinrin (dunce) when I came to the conclusion that he’s a colossal failure.
I surnamed Buharists and others 'Akindanidanis' because of their continued support and defence of Buhari in spite of his glaring leadership failure. As expected, Buharidindinrins called for my head for having the audacity of calling Buhari Dindinrin. Interestingly, events after events proved me right.

One of the latest events that justified my name-calling was the slow and aloof approach of Buhari to Nigerians being roasted and barbecued by South Africans. Let me repeat for the umpteenth time that President Buhari is not a leader and he’s not a follower either. He’s a spectator.
As president and leader of a people, Buhari should have gone on live national TV, address Nigerians on the barbaric behavior of South Africans and assure Nigerians that South Africa would pay heavily for the act. He would have outlined a series of punitive measures that he would take against South Africa.
For example, he would have immediately recalled our embassy staff from South Africa and immediately close the South Africa embassy in Nigeria. He would have ordered all South African businesses in Nigeria to temporarily vacate our soil until things are sorted out. He would have made his anger known to the South Africa President. Most important, he would have ferried every Nigerian in South Africa back home and sever relations with South Africa until we can agree on terms on how our citizens can live in South Africa in future without any form of molestation.
In his characteristic lackadaisical approach to burning national problems, Buhari, as usual, took all the time in the world before reacting and responding to the tragedy.
Buhari has failed to provide true and proper command, inspiration, and strategic vision for Nigeria. He continues to delude himself and others. Buhari is a textbook example of squandered leadership and opportunities. Nigeria is going through dramatic and unprecedented upheavals which demand equal dramatic change. But Buhari is seriously deficient and incapacitated to actively and stubbornly lead Nigeria, hence we’re witnessing tragedies after tragedies. All evidence points to the fact that Buhari is too sick and too slow to respond to national emergencies.
Buhari believes inaction is a viable choice. He believes he can continue to do what he likes at his convenience. He believes he’s an emperor. He believes he cannot be criticized or queried. He believes he’s the law. He believes he’s the only one that matters. These and other dangerous illusions stemming from an intoxicating sense of power and control make Buhari a disastrous president.
Reasons for Buhari’s leadership failure include the following: 1. He has no solutions to problems. 2. He’s not connecting with the Nigerian people. 3. He’s very slow in decision making. He underutilized his intuition. 4. He suffers from unclear vision and expectations. His blurry expectations lead to blurry results. 5. He lacks personal integrity. Without integrity, no one will follow a leader. If no one is following the leader, then he’s not leading. 6. He hasn’t learned anything from his first term. 7. He’s too wickedly complacent. 8. His hiring style is undisciplined. He appoints people based on nepotism and connections.
Vice-President Yemi Osinbajo who many believe is more intelligent and capable than Buhari is no asset to the administration. So far, with all the bundles of mistakes and other political malpractices committed by their administration, there’s no shred of evidence that Osinbajo fills the void of inadequacies created by his boss, hence my calling him Akindanidani.
The national assembly is an assembly of suspected thieves, fools, idiots, and ignoramuses. They are zombies.
With all these leadership failures in all the branches of government, #RevolutionNow is imminent and inevitable... Let’s go there!
Opinion