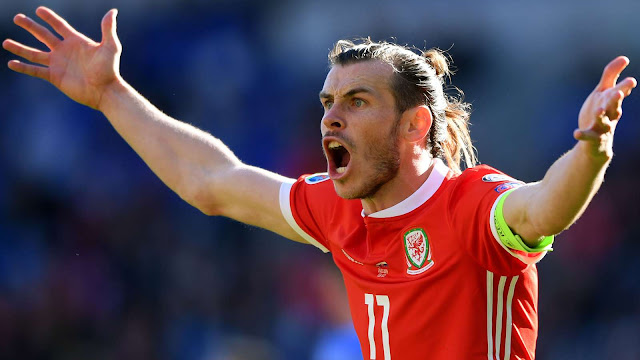 Gareth Bale remains a talismanic presence for Wales, but Tom Lawrence admits the Real Madrid star cannot be expected to carry the expectations of a nation by himself.


The 30-year-old forward has adopted such a position at times, with his country looking to him for inspiration.
He has provided plenty, but needs those alongside him to chip in and offer opponents a different kind of threat.
Derby playmaker Lawrence is among those with the ability to provide an alternative source of creativity and the 25-year-old is hoping to become a useful ally for one of the world’s best.
He told Sky Sports when quizzed on Bale’s importance for Wales, with the former Spurs star having worked his way back into favour at club level with Real: "We can't leave it all down to Gareth himself, other players have got to chip in and help the team.
"There's a few of us pushing for a start on Friday and we'll all be looking forward to getting on the pitch.
"When he [Bale] is playing he's one of the world's best. Every time he can get on the pitch for Wales is a bonus.
"It always helps when you're playing games. When you're not match-fit it's never easy to come and play games."

Wales are in Euro 2020 qualification action on Friday against Azerbaijan.
They still hold fond memories of their last European Championship campaign, when they made the semi-finals in France.
Lawrence missed out on that stunning run at Euro 2016 through injury, so has more reason than most for wanting to help Ryan Giggs’ side to another major tournament.
He added: "It was a tough time. You're looking forward to going to the Euros and for that to be halted by an injury is never nice.
"I'd love to play in a major tournament. It was my biggest learning curve in missing the Euros and dealing with that.
"Since then I've come on a long way. It would be nice to get in there again."
Lawrence has 19 caps and three goals for his country and has already found the target on two occasions for Derby in the 2019-20 campaign – with both of those efforts coming in a season-opening 2-1 victory over Huddersfield.
Sports