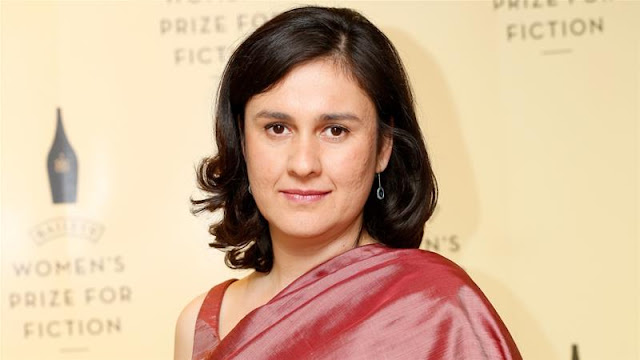 The German city of Dortmund has withdrawn its decision to award a British Pakistani writer a literature prize, citing her support for the pro-Palestinian Boycott, Divestment and Sanctions (BDS) movement.


Acclaimed novelist Kamila Shamsie was announced as this year's winner of the Nelly Sachs Prize - named after a Jewish poet - in honour of her literary work earlier this month.
But the eight-member jury decided to cancel its original vote from September 6, a statement by the city said on Wednesday. It also decided not to nominate another winner for 2019.
"Despite prior research, the members of the jury were not aware that the author has been participating in the boycott measures against the Israeli government for its Palestinian policies since 2014," the statement said.
"Shamsie's political positioning to actively participate in the cultural boycott as part of the BDS (Boycott Disinvestment Sanctions) campaign against the Israeli government is clearly in contradiction to the statutory objectives of the award and the spirit of the Nelly Sachs Prize," the statement added. 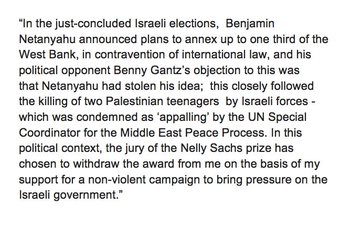 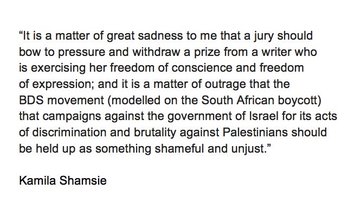 205 people are talking about this
Reacting to the jury's decision, Shamsie said it was a "matter of outrage that the BDS movement that campaigns against the government of Israel for its acts of discrimination and brutality against Palestinians should be held up as something shameful and unjust".
"It is a matter of great sadness to me that a jury should bow to pressure and withdraw a prize from a writer who is exercising her freedom of conscience and freedom of expression," the 46-year-old author said in a statement shared on Twitter.
The BDS movement was launched in 2005 by Palestinians to generate international pressure on Israel to respect Palestinian human rights.
Supporters say the effort draws from the anti-apartheid campaign in South Africa in the 1980s and the earlier African American Civil Rights movement of the 1950s and 1960s.

Moeed Pirzada ✔@MoeedNj
If fiction writers & authors like Kamila Shamsie will be punished for their political beliefs then what will be the future of literature? German Literary Authority must seriously consider its political decision making https://www.globalvillagespace.com/british-pakistani-writer-kamila-shamsie-loses-german-awards-for-being-anti-israel/ … via @@GVS_News

266 people are talking about this
Shamsie, who was born and grew up in the Pakistani city of Karachi before moving to London, has written multiple fiction novels, including Broken Verses, Burnt Shadows and House Fire.
She won the Women's Prize for Fiction in 2018 and was longlisted for the 2017 Booker Prize.