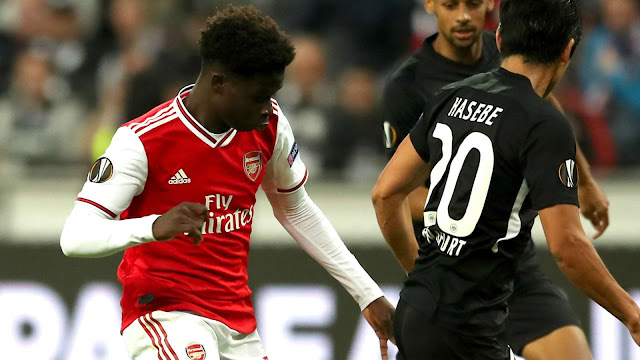 Pierre-Emerick Aubameyang has taken to social media to hail the man of the match performance of Bukayo Saka in Arsenal's 3-0 Europa League Group F win over Eintracht Frankfurt.


The 18-year-old was involved in each of the Gunners' goals - they took the lead via Joe Willock in the first half, before Saka and Aubameyang increased the tally in the closing minutes of the game.
Saka lasted the entire match with his name buzzing on Twitter and Aubameyang couldn't hide his feelings on the teenager.

Aubameyang P-E ✔@Aubameyang7
Let’s say this you gunner is 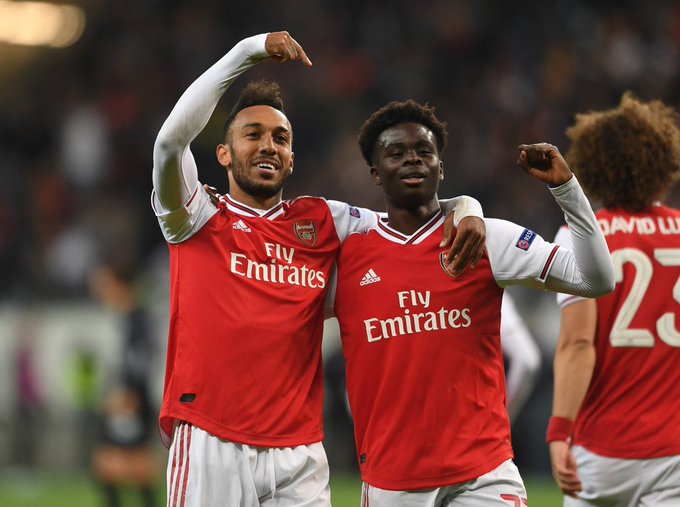 4,710 people are talking about this
Arsenal coach Unai Emery, after the game, told the media how impressed he was by Saka's performance.
"Maybe with his goal and performance he was taking confidence, he was finishing really strong," Emery noted


Arsenal's attention will now focus on the Premier League where they host Aston Villa on Sunday afternoon at the Emirates Stadium.
Sports