An EFCC operative with the Edo state zone commits suicide 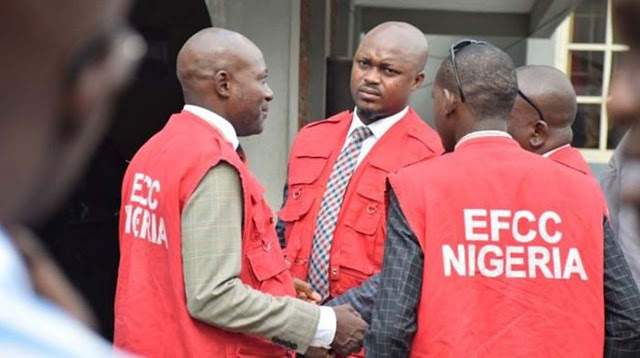 An operative of the Economic and Financial Crimes Commission in Benin, the Edo State capital, Williams Oyibogare, has died after allegedly committing suicide at his home located at the Giwa Amu area along Airport road in Edo state.

According to reports, Oyigbogare was found dead with two bottles of pesticide, Sniper, by his corpse.

Confirming the incident, the Spokesman for the EFCC, Wilson Uwujaren, said the incident has been reported to the Edo state police command and investigation has commenced.

“It is true that one of our operatives died. The police have begun an investigation into the matter and we hope to hear from them soon. That is all we can say for now,” Uwujaren said.

Commenting on the incident, the spokesprson of the Edo state police command, Chidi Nwabuzor, said investigations into the incident has commenced. Nwabuzor disclosed that an autopsy will be carried out to determine the cause of death.
News