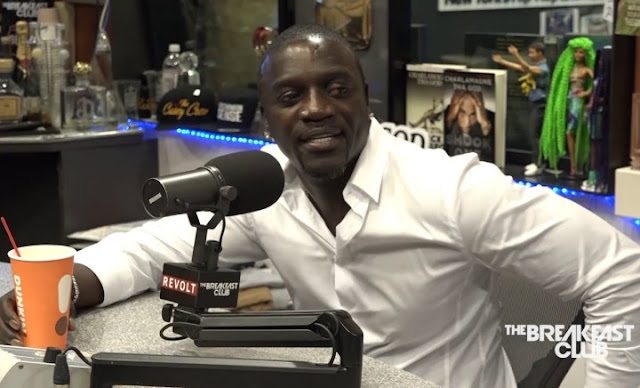 Akon was on “The Breakfast Club” earlier this week and he spoke to DJ Envy and Angela Yee about music, moving to Senegal, and his own cryptocurrency – Akon.


Akon also talked about being grateful for being part of the success story of some of Nigeria’s biggest music acts.
In the interview, Akon mentioned that he at a point, signed Davido, Wizkid and P Square.
He adds that there were no written contracts and his major work was to help the artists grow as well as music business consulting.
Entertainment