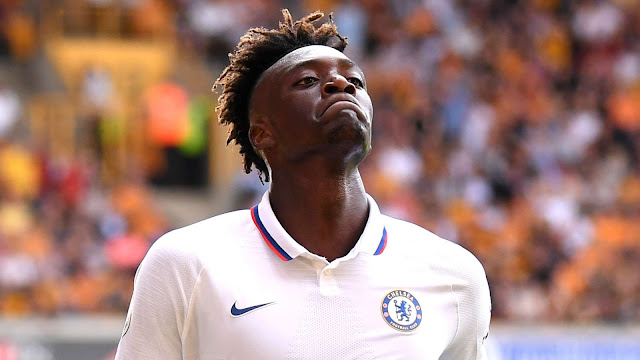 Tammy Abraham needs to become “a bad boy” in the Didier Drogba mould, says Mario Melchiot, with the Chelsea striker told to add some “nastiness” to his game.


The 21-year-old has already shown that he is a capable finisher, with seven goals scored so far this season.
Abraham’s haul includes a hat-trick against Norwich, with history made in that contest as he became the youngest player to record a treble for the Blues in the Premier League.
Frank Lampard has placed a lot of trust in the youngster and is expected to get a return as a man who already has a senior England international cap to his name gains more experience.
Former Chelsea defender Melchiot believes even more could be eked out of Abraham if those at Stamford Bridge found a way of adding more of an edge to his skill set.
“Tammy Abraham is a real finisher but, as much as I like him as a player, he’s sometimes got to be more of a bad boy,” Melchiot told talkSPORT.
“You know why? When you play against players like Virgil van Dijk, the striker has to have a bit of badness in him. A bit of nastiness.
“OK, look at the guys I played against, like Ryan Giggs. He was so elegant, he dribbled beautifully, but trust me, if I kicked him he would have got up and either kicked me back or found a way to do it – he was one of the best players I played against.
“Tammy needs that too. As cute as he looks, he’s young, fresh and exciting to watch, he needs to have that.
“If you look at Drogba, [Jimmy Floyd] Hasselbaink, these guys weren’t cute when you played against them.
“Be a little bit of a bad boy! Bring that badness out of you!”

Another academy graduate that Melchiot is hoping to see thrive in 2019-20 is Fikayo Tomori.
The 21-year-old centre-half has caught the eye on his competitive outings to date, with Mohamed Salah kept relatively quiet on his most recent appearance.
Melchiot added on the promising defender: “I also want to highlight Tomori.
“I spent 90 minutes watching this young kid (in the 2-1 defeat to Liverpool) and the way he played against Salah was really impressive.
“There were moments where I didn’t even see Salah in the game, Tomori did really well against him.
“There were a couple of races where Salah had the ball and it was a one-on-one situation and I thought this might be trouble. But he just managed to get the ball off him, hold possession and then carry on making sure the team could attack again.
“I really enjoyed watching Tomori play in a game of that size and doing so well.”
Sports