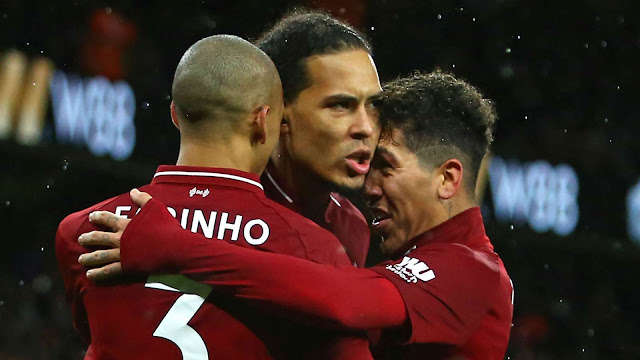 Liverpool defender Virgil van Dijk has selected two Brazilian stars as his picks for the best player he has played with and the greatest of all time.


The Netherlands international is in the process of cementing his own legacy, with a £75 million ($92m) move to Anfield having allowed him to take his game to another level.
It has been suggested that Van Dijk is now ready to walk in the footsteps of the likes of Lionel Messi and Cristiano Ronaldo by landing the prestigious Ballon d’Or.
He is, however, aware that his ability to shine is dependent on having quality around him and the finest tactical brains instructing him from the dugout.
Van Dijk believes he has reached the peak of his career on Merseyside, with one current colleague considered to be the best he has worked with.
After being posed that question by talkSPORT, the 28-year-old centre-half said: “I’m going to be a little bit biased and say one of my team-mates; I would say Roberto Firmino.”
Asked to pick his best boss, Van Dijk ticked both domestic and international boxes by saying: “Ronald Koeman and Jurgen Klopp.”
Van Dijk also considers Anfield to be the best stadium and atmosphere he has experienced, while Liverpool’s kit is his favourite.
The Reds’ stunning 4-0 victory over Barcelona in the semi-finals of the 2018-19 Champions League which saw them overturn a three-goal first leg deficit, is the greatest game Van Dijk has both played in and watched.

That two-legged tie pitched him into battle with Argentine maestro Messi, with the Barca superstar’s countryman Sergio Aguero picked out as the most difficult striker to mark in the Premier League.
Two South American frontmen can claim to be among the best to have ever graced the game, but Van Dijk favours another iconic figure from that part of the world as his all-time favourite.
For him, a two-time World Player of the Year who illuminated Spanish and European football with Barca before the emergence of Messi is the greatest.
Van Dijk said when asked to pick his GOAT: “Ronaldinho. He was one of my idols.”
Another legendary figure was selected as the greatest Dutchman, with Van Dijk adding: “Marco van Basten. I never saw him properly play but I know he was pretty good.”
In time, a man who has quickly become a talismanic presence at Liverpool will be hoping to enjoy a standing alongside Van Basten when it comes to the great and good of world football.
Sports