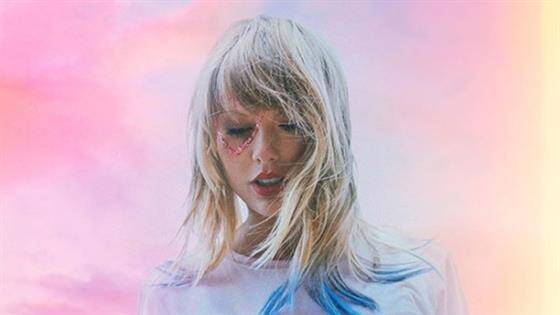 Taylor Swift's most personal song yet is not one she's prepared to perform in front of thousands of screaming fans.


Following the release of her seventh studio album, Lover, the 29-year-old pop star hosted an intimate Q&A session with fans as part of a SiriusXM Town Hall special. There she revealed "Soon You'll Get Better," which is about her mother's cancer battle and also features the Dixie Chicks, was the "hardest to write" and understandably so.
Swift shared that she doesn't know if she'll ever play the emotional track live, explaining, "It was hard to write, it's hard to sing. It's hard to listen to for me, but sometimes music is like that."
The musician first revealed mom Andrea Swift was battling cancer in 2015, and earlier this year told Vogue that she had relapsed. Much like Taylor's decision to divulge the news of her illness publicly the first time, she said her family played an important role in including "Soon You'll Get Better" on Lover.

"We as a family decided to put this on the album, and it's something I'm so proud of, but it's just really hard," Taylor told fans during a YouTube livestream. "I can't sing it. It's hard to just emotionally deal with that song."The 10-time Grammy winner's loved ones haven't strayed from her side in the lead up to Lover. In fact, Taylor's dad, Scott Swift, hand-delivered pizzas to fans who camped out overnight ahead of her performance on Good Morning America. For a closer look at T. Swift's latest addition to her discography, check out E!'s decoding of each and every song on Lover.