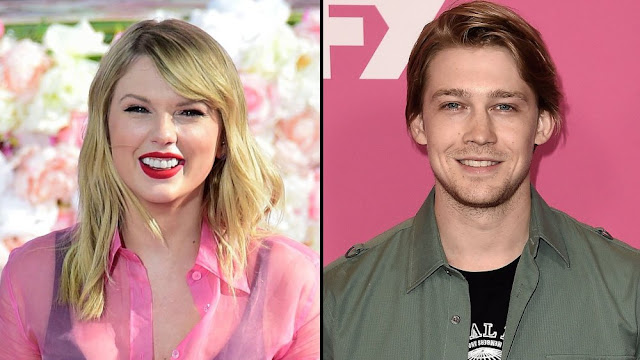 “I’ve learned that if I do [talk about it], people think it’s up for discussion, and our relationship isn’t up for discussion,” the singer, 29, said in an interview with The Guardian’s Weekend magazine, published on Saturday, August 24.

Swift elaborated after her interviewer attempted to subtly coax some information out of her. “If you and I were having a glass of wine right now, we’d be talking about it — but it’s just that it goes out into the world,” she countered. “That’s where the boundary is, and that’s where my life has become manageable. I really want to keep it feeling manageable.”
The Grammy winner released her seventh studio album, Lover, on Friday, August 23. The record serves as a sort of love letter to Alwyn, 28, whom she was first linked to in May 2017. “London Boy” and “Cornelia Street” are obvious references to their romance, given that the actor is a native of the U.K. city and the Cats star stayed at a house on the aforementioned road when she began the relationship.
Volume 90%
Swift frequently mentions marriage in the new songs too. In “Paper Rings,” she sings: “I like shiny things, but I’d marry you with paper rings / Uh huh, that’s right / Darling, you’re the one I want, and / I hate accidents except when we went from friends to this / Uh huh, that’s right.” In addition, “Lover” and “It’s Nice to Have a Friend” refer to walking down the aisle.


Alwyn and the songwriter rarely speak publicly about their romance. However, the Favourite star broke his silence in the October 2018 issue of British Vogue. “I’m aware people want to know about that side of things. I think we have been successfully very private,” he noted at the time. “And that has now sunk in for people … but I really prefer to talk about work.”
Entertainment