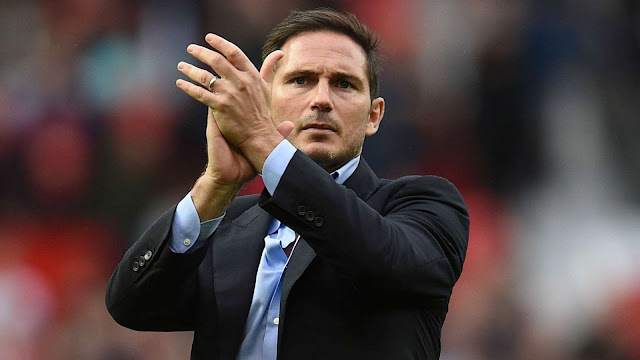 Former Blues star Pat Nevin is looking for those at Stamford Bridge to ensure that a new tactical approach is properly implemented and managed
Frank Lampard has been urged to take lessons from Jugen Klopp’s “heavy metal football tactics” at Liverpool as Chelsea wait on their first competitive win under a new boss.
The Blues have taken in three games so far in 2019-20, coming unstuck in two of them.
An opening day 4-0 reversal against Manchester United in the Premier League was followed by a UEFA Super Cup penalty shootout defeat to Liverpool.
A first point of the campaign was collected on home soil against Leicester, but the Stamford Bridge faithful had been hoping for more than a 1-1 draw with the Foxes.
Lampard’s regime is still very much a work in progress, with former Blues star Pat Nevin aware that a new system and mindset will require careful management – similar to that adopted at Anfield.
He told Chelsea’s official website: “Playing the high tempo game Frank wants and that we are already enjoying is not easy.
“It is interesting to see that Jurgen Klopp adapts his heavy metal football tactics when he thinks his players need a little break.
“This dilemma of weariness v work rate may not be a concern for a few weeks now, but it will return when the Champions League group stage starts.
“Playing on a Tuesday or Wednesday and then returning to face a rested side at the weekend is something that has to be managed.
“When too many players are tired the game opens up, the play gets stretched and because of that James Maddison in particular got acres of space in the number 10 position on Sunday, something that should never be allowed.”

Lampard is looking to put his own stamp on things in west London, but getting his message across is going to take time and players are still working on building up full match sharpness.
Nevin added: “The system itself was bold once more, with [N’Golo] Kante pushing forward from the right of the midfield and Mason Mount playing left midfield but attacking as often as possible.It was the Frank Lampard position of doing a box-to-box shift but most interested in the opposition box.
“The same players could easily shift from a 4-3-3, to a 4-2-3-1, to a diamond in midfield.
“The biggest problem wasn’t tactical in the end, it was the fact that we had to make some changes after the hour, but to be honest there were just too many tired players out there.
“[Olivier] Giroud, Jorginho and [Christian] Pulisic were subbed but I would not have batted an eyelid if it had been Mason, or even N’Golo or Pedro. The latter two both had injuries to contend with to add to the tiredness.
Article continues below
“That is the game at the top level, and it is all about finding answers to these sometimes seemingly intractable problems.”
Nevin went on to say, with Chelsea next in action against Norwich on Saturday: “It is disappointing to have only one point after two games, so we are now desperate for a win in the next one.
“A start of one or two points out of nine would be the last thing Frank wanted. Fortunately there is a willingness to understand the difficulties and there is unlikely to be any real pressure coming from the stands in the short term, which really helps the players. In tough times having the Chelsea fans onside makes a huge difference.”
Sports