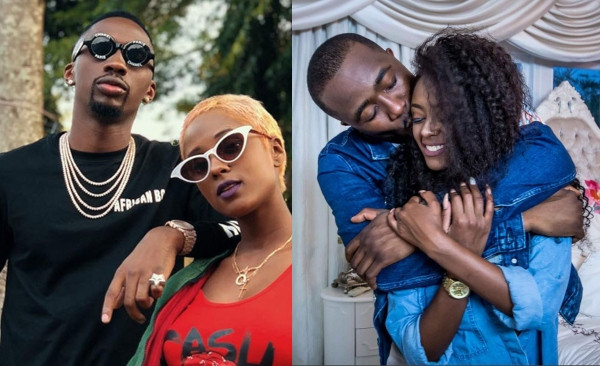 Juma Jux is finally going public with what caused his breakup with Vanessa Mdee and he roped in Ice Prince into the 'breakup picture'.

Describing the 2017 photos his Tanzanian superstar ex-girlfriend took with Ice Prince as 'Intimidating' in an interview with Dozen Selection, Juma Jux admitted that he overreacted as the duo were working on a song at that time.

"Vanessa was traveling and I was looking at Instagram pictures, I saw pictures with Ice Prince, and there were people I was sitting with, they ask me now what pictures these people are taking. The future. Then there came the Trey songz stuff.
So I sent a text, what is this, delete. She asked me whats wrong with the picture I’m performing.  I told her the picture is not cool. So I was paranoid and that caused a lot of controversy. Out of envy and in the heat of anger I told her to find another boyfriend.
To be honest I saw him a lot and it wasn't right. So that photo was the source of our lack of trust. We went nine months without talking at all ”said Jux.

He further revealed that the late Ruge Mutahaba of Clouds FM intervened and they were able to patch up their differences.

"I was with Vanessa for 6 years. I will say that my experience with Vanessa has shaped me in a lot more ways than any other. I also fought hard not to lose and I was badly hurt.
And to get to the point I took another step that we had found impossible. And anyone who gets the chance to be involved with Vanessa will be a very lucky man. She is a very beautiful and smart woman "Jux added.

The duo however mutually called off their relationship again in 2019. While Jux is currently dating a lady from Thailand, Mdee is still single. Speaking about his new girlfriend, Juma Jux said;

"You know I'm on tour and love to show my girlfriend. Not that I want to hurt Vanessa but here's what I like."