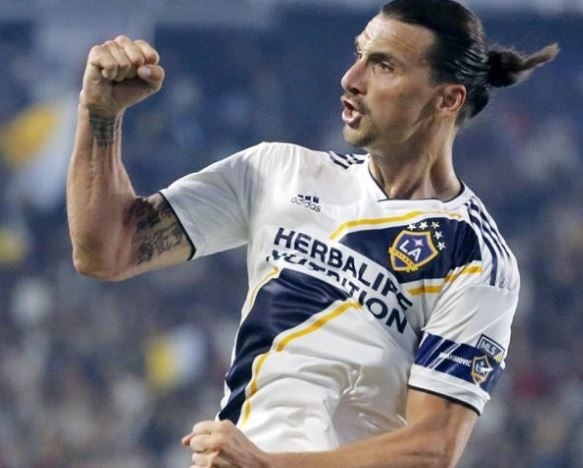 LA Galaxy star, Zlatan Ibrahimovic has backed up his claim that he is the best in the US Major League Soccer by recording a hat trick against Carlos Vela’s team Los Angeles FC.

Zlatan scored a hat-trick to give the Galaxy a resounding 3-2 LA derby triumph over Vela’s Los Angeles FC on Friday night in what was the kind of display that suddenly made Ibrahimovic’s  proclamation that he was a “Ferrari among Fiats” in MLS a hard one to find fault with.

Friday’s victory could be the kind of result that inspires the Galaxy and spark a run at an MLS Cup title, however, the result doesn’t change LAFC’s status as title favourites or Vela’s better statistics this season.

Ibrahimovic in interviews had dismissed the comparison between him and Vela, saying after the match on Friday: “You did one mistake, you compare him to me. That was your biggest mistake.”
Sports