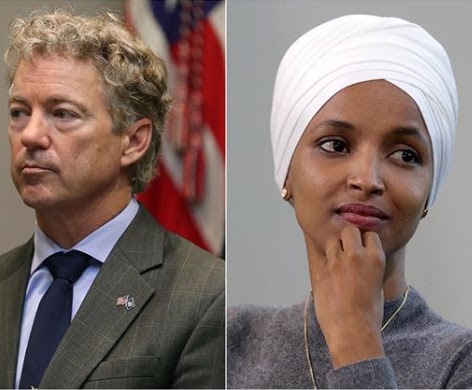 Senator Rand Paul has offered to buy a ticket back to Somalia for Somalia-born American politician, Ilhan Omar.

Paul's offer is in reaction to Donald Trump's controversial "send her back" comments.

In a series of tweets considered racist, Trump called for Omar and three other freshman Democratic congresswomen to "go back to totally broken and crime infested places from which they came," despite the fact that the other three were born in America.

Rand Paul defended the president's racist tweets and offered to pay for Omar's ticket back to Somalia.

Paul told Breitbart in an interview: "While I’m not saying we forcibly send her anywhere, I’m willing to contribute to buy her a ticket to go visit Somalia, and I think she could look and maybe learn a little bit about the disaster that is Somalia? –? that has no capitalism, has no God-given rights guaranteed in a constitution, and has about seven different tribes that have been fighting each other for the last 40 years. ?And then, maybe after she’s visited Somalia for a while, she might come back and appreciate America more.?”"

Paul continued saying that he’s met Somalian refugees in Kentucky and "most of them were grateful," but he feels Omar is "about as ungrateful as you can get."

Senator reacted after Omar retweeted a disrespectful tweet about him.
Politics