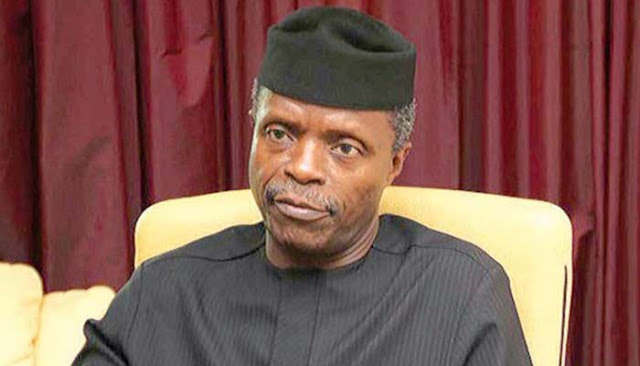 Recently, Vice-President Yemi Osinbajo was in the US on a 4-day visit. At a town hall meeting in New York with the Nigerian community, while responding to questions and comments, he said:


“With respect to general kidnapping which we have seen in parts of the country, again, this is not entirely new. In fact, some of the kidnapping stories you read or listen to are simply not true anywhere, some are fueled by politics.”
Lying in politics cuts across political parties and political beliefs. Lying is basic qualification for profession of politicking. We know politicians are wretched liars. But vice-president Osinbajo is in a different category. He is a pastor of Redeemed Christian Church of God (RCCG). As of August 2018, RCCG has branches in 198 countries of the world with five million members. For Osinbajo to have denied daily kidnappings in Nigeria by Fulani herdsmen terrorists is political heresy.
Nigerians find it impossible to reconcile the sheer frequency, spontaneity, and seeming irrelevance of Osinbajo's lies. Osinbajo isn't lying to protect his reputation. Rather, he's taking bullets for his boss – liar-in-chief, President Muhammadu Buhari Baba Slow Motion. Osinbajo lies on behalf of a government whose integrity and credibility had dissolved four years ago like ice in a 90 degree summer weather. No doubt, Osinbajo lies in order to be a loyal servant to a Fulani.
Each time Buhari is in a deep shit, Osinbajo comes to his rescue with flagrant truth-stretching to outright flat-out falsehood. Osinbajo as Baba Slow motion's brain, propagandist, and interpreter of Buhari's maladies, will not only parrot his version of the truth, but convincingly argue as if in the court of law, to knock down a troubling national issue that we all know is true and verifiable.
As expected, the New York lie propagated by Osinbajo had erased all respect and credibility he once enjoyed. He has become a vice-president who is manifestly unreliable and untrustworthy. This is how Frank Gaffney, a former US Assistant Secretary of Defense described Osinbajo: “He lies shamelessly – including this weekend in New York – about the anti-Christian persecution his government is at least tolerating, and, at worst, enabling. Osinbajo's own tribe has sharply repudiated him for doing so.”
Mr. Vice-President, why do you lie constantly and twist versions of reality? Do you  need to cover up an emperor who is already naked? Do you have to stain your reputation for a wicked, insensitive, aloof, distant, spectator president known for his undisguised nepotism?
Nigerians are sick of reign of untruths. Remember the Jonathan years, Doyin Okupe, the big, fat, idiot and Reuben Abati, seller of toxic delicacies served as purveyors of falsehood for the Jonathan presidency.
Mr. Vice-President, consider this: Lies are exhausting to fight. Lies are pernicious in their effects. Lies are impossible to correct, alter, or deny when they are strongly at variance with he naked truth of what Nigerians experience on a daily basis.
Within the short span of Buhari's administration, Nigerians have been overwhelmed with false, or potentially false statements. We have become so tired and overworked trying to sift through the thicket of lies. Buhari's administration lied about restructure, lied about number of jobs created, lied about its achievements, lied about how much Abacha's loot was recovered how it was spent.
Buhari’s administration lied about how much money was returned by the looters and what the government did with the money, lied that Boko Haram had been decimated, lied that herdsmen terrorists only carry sticks not AK-47, lied about the number of people killed by both Boko Haram and Fulani herdsmen savages, lied about how many Nigerians were killed, kidnapped, and displaced by herdsmen, lied about the economy. I can go on, and on, and on.
Nigerians are no in denial that Buhari is allergic to vision, reality, and truth. Buhari, Osinbajo and coterie of liars of the administration b believe they could lie their way through their lies. They lied about everything. They lied about big and little things. They lied to give themselves an advantage. They lied when a lie did them no good whatsoever. They lied because they knew they could lie again. Their only secure bridge between one lie and the next is yet another lie.
With Buhari the flagrant liar-in-chief as president, and Osinbajo the serial liar, propagandist, and interpreter of Buhari’s maladies as vice-president, Nigeria is doomed!
Opinion